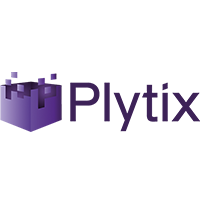 Plytix, new Danish startup that works with big data, has received 3 million Danish crowns (402 000 euro) as an investment from SEED Capital in less than a year since creation. Apart from the SEED Capital investment, the rising firm has also received 750,000 Danish crowns (101 000 euro) from partner investors, which is a big accomplishment. It has also been said that Plytix has a chance to revolutionize the online retail world.

The core of Plytix’s service is a cloud-based platform that enables brands to monitor their performance from various third-party webshops. The idea came to Morten Hellesøe Poulsen, founder and CEO, while he was working at Google, and soon after Plytix was born. This product targets the growing problem that many brands and retailers are facing in today’s world.

“At the moment, we offer freemium access to our service for both brands and retailers. In the near future we will expand, and offer a premium model, where several analytic functions and support for excellence will be integrated,” says Morten H. Poulsen.

The founder and CEO has big plans for Plytix and intends for the product to grow to its full potential. Established in 2014, Plytix has since then created a team and a branch in Malaga, Spain.

“Google Analytics is concerned with giving you data about your own website,” Poulsen told Business Insider. “But if you think of it from the perspective of a brand like Adidas, less than 6% of their products are actually sold on their own website. The rest of their products are sold on third-party web shops. Adidas does not have access to data from these retailers, and they’re suffering because of it.”

Plytix fulfills a dual purpose. It gives consistency to a brand’s image (a plus for retailers!) and every product has a tracking code that enables the brands to view the interaction between consumer and the product (access to valuable info!)