Congratulations to mobile game developers, Chroma Studios, on their injection of 300k dollars (1,6 million DKK) from Capnova (as has been reported by Trendsonline). The brand new Copenhagen based startup specializes in mobile game development, also offering consultation services and workshops to fellow F2P developers.

Chroma Studios plan to use the received funds to develop more mobile games:

“This investment means we can now commence the production of our debut game, E: Click! Click! BOOM! It also means we must expand our team and we now have the opportunity to spend money on marketing and PR” says founder, Tim Shepherd.

The software for their first game, a witty ‘puzzler’, is set to be launched next month in both Denmark and Canada. It promises to be full of pop culture references and jokes. The company’s website, accessorized with Kanye, kittens and hashtags, is proof enough that this team knows what the current internet-oriented generation craves.

Chroma Studios has pitched for a number of game publishers – including Rovio, the mastermind behind the development of the incredibly popular Angry Birds, so Capnova are pretty fortunate to have snapped them up.

Capnova’s name is a mashup of Capital and Innovation: the two pillars on which the Danish equity fund is based. The firm, which can provide 6-10 million DKK of own funds to commercially promising firms, is an active investor in the gaming sector, having co-financed in Limbo by Playdead, Mustacho from PressPlay and Subway Surfers from Sybo Games.

This story appeared first on Trendsonline. 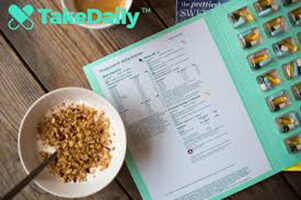