After a successful launch in Scandinavia, the social shareholder platform Capdesk will now open a new office in London. The company will officially move into the building in February, thereby expanding their boundaries to the UK market.

Capdesk is a Danish startup with the main office located in Copenhagen. The company was founded in the summer in 2015 by Christian Gabriel and Casper Arboll. Both founders have had extensive experience with crowdfunding and have together created the crowd-consultancy HeartReacher.

Since the launch of the beta version in November, the platform has already acquired more than 1200 registered users.

A SOCIAL PLATFORM FOR SHAREHOLDERS

The social platform is an effort to make investments in small and medium sized companies more transparent and accessible for private investors. By making shares digital and gathering investor relations in one place, the company hopes to shorten the gap between companies and shareholders.

Casper Arboll notes that the platform is a part of a broader change regarding the role of the shareholder. By bringing together investors and companies on one unified social platform, the shareholders are able to, not only help with capital but also with skills, network and services.

“The identity as a shareholder is changing – return on investment is no longer the sole motivator to invest, it is also about the experience. Capdesk accommodates this change and encourages founders and investors to explore synergies to help the business,” says Casper Arboll

The new office will initiate a shift of focus for the company. While the end product is still on the way, the great success of the beta shows a big potential for the platform. By moving to London, the company wants to tap into the developments that are currently happening in the country.

“Many things are currently happening in Great Britain. Several hundred companies in 2015 were financed through equity crowdfunding, and that’s only the beginning,” says Christian Gabriel.

You can read more about Capdesk’s move to London at eu-startups.com. 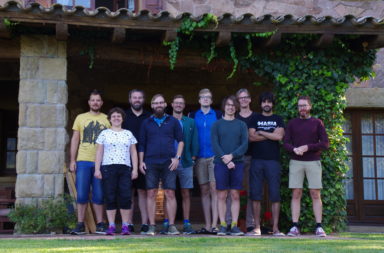