CEO of Precise Biometrics sells out

The sale of nearly 1.9 million shares has a value of around €1M (9 million SEK). Marschall explained to Sydsvenskan that he needs money to cope with the division of property after his divorce for which he required an expert lawyer like the divorce lawyer westchester team. He intented to sell the shares for a period of time, but has been prevented by a company agreement on share issues. He said he realises that his sales are liable to affect the market’s confidence in the company, but believes that his actions have significantly less impact on the company today than it had for a year or two ago.

“Today we are part of a global trend around biometrics where my approach to every detail is not as important for Precise Biometrics as before. So clearly we need to show a profit, but we are on a good run, where trust in the company is not determined by whether I buy or sell,” says Marschall.

After news of the sale, critics emerge saying that Thomas Marschall at least should have waited to sell until after the third quarter report has beenpresented. The market reacted negatively and the stock price fell during the morning by more than ten percent.

‘There’s never a right time for a CEO to sell or buy shares in their own company. The market will always speculate about that when I sit on information that no one else has and that control my actions… The only way for me to gain confidence is to show that the company can make the results and live up to the expectations placed on us.’ says Thomas Marschall to Sydsvenskan.

Drawing more attention with recent suggestions of the company working with security technology for the iPhone 5S, it will be interesting to see how the Lund company, which is a big player in this region, proceeds. 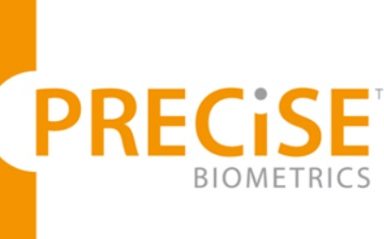 Precise Biometrics receives a large order; breakthrough in the US?

Precise Biometrics to benefit from the Apple iPhone 5S