Malmö-based startup Ifrågasätt’s aim is to promote an open debate within online comments, by letting users express their opinion, as well as reducing hatred and rudeness online. But the startup is also developing in other directions – Ifrågasätt is developing a new software for live reporting, and the startup has now picked the first customer in the new segment.

“We broaden ourselves from only newspapers to other types of media, and the SPF Seniorerna [the Swedish Pensioners’ Association] is the first type in that direction. We have seen great interest from magazines and trade magazines,” says CEO and co-founder Gustav Hjärn to Rapidus.

The new live reporting software will, among other things, increase the life span of the reporting, and the idea is to have a test version ready at the end of the month. The startup is also preparing for expansion – probably in another Nordic country during the year.

In Ifrågasätt’s commentator’s solution, anyone who comments must state their name, social security number (personnummer) and city, when creating an account. In addition, each post is analysed before publication. This has been picked up by some of Swedens biggest newspapers: the customers include Göteborgs Posten and all Stampen newspapers, Dagens Industri, Dagens Nyheter and several Göta Media newspapers.

Six people, excluding project team and hour-based employees, work in the company. In addition to the founders, other owners include Peter Enberg, former CEO of Kung Markatta, and Thomas Wiklund from Dendera Venture. 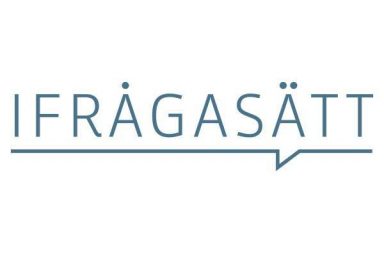