The Copenhagen-based startup OrderYOYO has managed to raise an investment of €2,5 million (DKK 18,5 million). The amount is both derived from new and old investors. The investment has furthermore included Preben Damgaard, Jesper Johansen, and management partner of SEED Capital, Ulla Brockenhuus-Schack, as board members of OrderYOYO.

“Preben and Jesper have previously helped other companies to get started. We are early but on the same track as for example Vivino and Trustpilot. Preben and Jesper both have extensive experience scaling companies in growth and this can prove useful for OrderYOYO,” says Thor Angelo, CEO and founder of OrderYOYO.

OrderYOYO is a service that offers takeaway restaurants their own complete online ordering system. Each platform uniquely built for the specific customer.

Acquiring their first customer in the summer of 2015, the company has seen a massive growth during the last year. They now have 650 Danish customers and have received their third round of investment from the investment fund, SEED Capital.

“OrderYOYO has created a wonderful product that their customers love. They have hit a sweet spot and have managed to solve an actual problem that their customers who lack the skills and budget to build their own system. They are making great progress and I am looking forward to seeing where it will lead,” says Preben Damgaard.

Thor Angelo is well versed in building companies from the ground up. He started the company Languagewire back in 2000, which is now one of the leading providers of translations. He has since been actively involved in a broad spectrum of startups both as an investor and as an entrepreneur.

OrderYOYO raised series A round 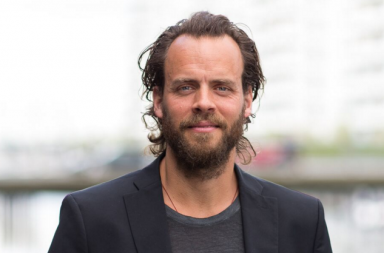 Serial Entrepreneur pulls the rug from under Just Eat