Malmö-based startup GetAccept, founded by Samir Smajic, Mathias Thulin, Jonas Blanck and Carl Carell, has recently received a significant investment of over € 6 million. The capital is planned to be used to scale up sales and marketing.

Getaccept has created a platform where sellers can streamline the bidding and signing process. This includes services, such as document tracking, live chat and video solutions in sales documents to make it easier to conclude agreements.

The funding round was led by London-based DN Capital with participation from, among others, BootstrapLabs and YCombinator.

“It has been a revolutionary winter with many rewarding meetings with many different stakeholders, who have seen a great potential in us, as we, despite our rapid growth, are profitable and, in fact, are the only ones in our industry that are profitable,” says Samir Smajic, the CEO of Getaccept.

The company is also announcing that former CMO of Slack and Zendesk, Bill Macaitis, will join the company’s Board of Directors.

“I’ve been fortunate to work for and advise some of the fastest growing SaaS companies in history, and I know a winner when I see one. Anyone who has ever fought through a long deal cycle knows how painful it is to get through to the finish line. GetAccept is fundamentally changing this process. I look forward to partnering with the GetAccept team and helping companies all over the world improve their close rates.” said Bill Macaitis.

The customer list includes players such as Samsung and Siemens. The company has previously had offices in the USA and has also opened new offices in Norway, Denmark and France.

“We see a large opening in the market and must act on it and meet the demand that exists,” says Samir. 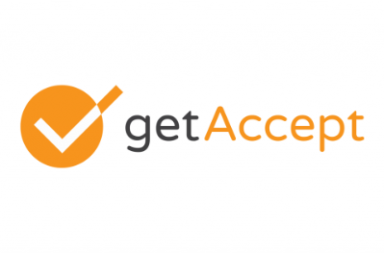 GetAccept returns to Malmö to benefit from the entrepreneurial culture