This region, seen by many as one of the top regions for mobile developement in the world, continues to grow. Rapidus reports that Apple is expanding it’s present here. In 2016, Apple moved its mapping development department to Malmö. Now they report that Apple is secretly starting a new development team in Lund.

The secretiveness is as usual high with Apple’s business, so there is not much known. But a team of former Lite-On employees have started working for Apple, in Lund. Amongst them are Henrik Johansson and Max Landaeus. Lite-Ons local subsidiary is a former Ideon company, Taiwanese owned but closed down recently. Now key employees have been hired by Apple, but also strengthened by other competences. The main focus seems to be within antenna technology.

“We are a few from elsewhere, too, who have not worked at Lite-On,” Henrik tells Rapidus.

Apple had during 2014-2016 a development team at Mobile Heights Center in Lund, focusing on Apple maps development. It also acquired the startups AlgoTrim in August 2013 and Polar Rose back in 2010, both located here. In 2016 the team moved from Lund to Malmö, and is still operational there, even if it never was really officially talked about, and are now talked about to be around 200 people. Now a new team, with a different focus, is established in Lund, strengthening the giants development presence in the region. 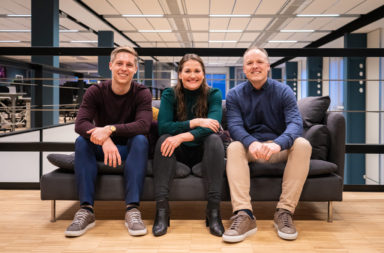 Massive.earth launches a project on 22 March 2021 to help solve the climate crisis