Established in 1998, Freeway group, well-known for such projects as Dating.dk, Lejebolig.dk and Studieportalen.dk becomes a family-owned enterprise. Morten Wagner and his father Morten Wagner senior have chosen to not collaborate further with their partners Peter Johan Sønderby-Wagner and Henrik Back and bought their shares in the company.

“We have been partners for 19 years and we have made one of the most successful web projects in Denmark. Together we came a long way, however this time we have decided to part. Peter Sønderby and Henrik Back would like to pursue their own projects. While my father and I really want to continue with Freeway” said Morten Wagner in the interview with Borsen.

Disagreement about the future

The main reason standing behind the separation was that four partners could not agree on the future of the company. Therefore, after long discussions the partners ended up with the decision to be fewer in the ownership structure.

“Sometimes you have different interests. We want to invest money and continue developing the group where the others would rather get their money out and start their own projects. We had quite different interests, which made it impossible to reconcile in the end”, says Morten Wagner.

At present Freeway is already investing money in the development of the Group. In addition, recently the group has launched new entrepreneurial projects – zooshop.dk and jobs.dk.

The decision to turn a Dating.dk owner into 100 per cent family owned enterprise, among other things created more consensus in the group and made it easier to come to an agreement. It is also planned that Mia Wagner, the sister of Morten Wagner, will join the group taking the position of a CEO. In addition, Morten Wagner is looking for a place for his another sister – Malene Wagner. According to Morten Wagner, he wants to see more of his family in the group. He believes that the company will benefit a lot with his both sisters joining the project. 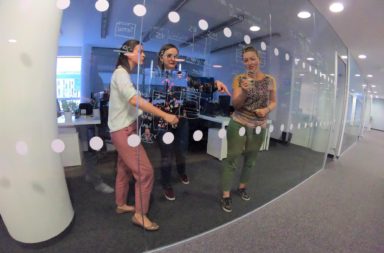