Startup Iconfinder works towards being the go-to place for icons with the world’s largest collection of premium icons. Now Iconfinder takes it to a new level, introduced subscription plans called Iconfinder Pro.

Iconfinder has built a user base of more than one million monthly users and with thousands of contributors that earn money by selling icons on the site. Previously, Iconfinder only offered premium icons through a classic credit card system. Now, professional users have the choice of getting rid of the hassles of receipts, license management and finding the right credit cards with a subscription plan.

And the adoption has been good – Martin LeBlanc, CEO said only days after the release:

“Iconfinder Pro is now delivering more than a third of our revenue.”

Iconfinder Pro is made for teams of professional designers often working on multiple projects with a lot of iterations, prototyping and a high level of quality requirements for the finished design.

“This is what Iconfinder Pro is built for; a product that is always there when the user needs it, with virtually no barriers between the user and his design.” says Martin

The launch of Iconfinder Pro marks the first step on the road towards making Iconfinder one of the essential tools in the professional designer’s toolbox. The team is already working on the next set of tools and features making Iconfinder Pro even better with additions such as a desktop app, a Photoshop plugin and an icon font tool. And, to make life easier, a new image recognition algorithm will help contributors automatically tag uploaded icons and provide an even better search experience for users.

Starting at just $29 per month, Iconfinder Pro is aggressively priced compared to buying icons through traditional stock photo sites such as Shutterstock where a monthly subscription starts at $249.

Those who do not need permanent access to hundreds of thousands of icons should not be nervous; pay-as-you-go solution goes nowhere. Martin LeBlanc Eigtved says that for some users it fits much better to buy individual icons. This applies to freelancers and other private.

IconFinder is one of the more famous startups in the regions. Three years ago, led the good idea and impressive traction IconFinder won the award for Best Idea to Venture Cup. In 2012 IconFinder the first Copenhagen startup that received investment from the world-famous American accelerator 500 Startups.

You can read more over at Trendsonline as well. 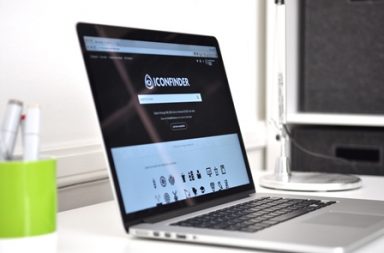 The marketplace of a million Icons

IconFinder launches marketplace: a place to buy and sell Icons