Karsten Deppert - investments in this region and the startup journey 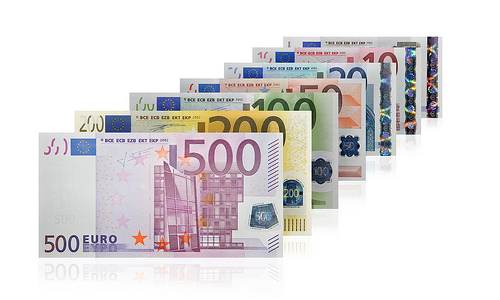 This article is part of our columns, and are personal expression regarding the eco-system and related topics.

Recently we published the data of investments in the web and tech scene in this region for the first half of 2013. I thought that the data would be interesting to have collected in one place, even if it already “was out there”. I believe that making it available in a way that can easily be analyzed would make it more useful, and help entrepreneurs looking for funding as well as investors doing investments. I chose the easy way of releasing the data – just doing a simple spreadsheet. Somebody else can do the good looking infographic, for me it was about making the data available and give other entrepreneurs and investors the chance to analyze the numbers and deals. That’s why we made it available as a .csv file as well.

I thought I would add a personal write-up about what I think of investments. Thou it is not entirely related to the numbers, I hope it can highlight some things.

Early funding and the startup journey

All the investments, as well those we have tracked earlier, are more of less only of two kinds: angel/seed investment (in “six digits euro” size) or series A investments (“seven digits euro”). Often the sizes are in the lower region of the number of digits: six digits is often 100 000 – 250 000 euros and seven digits is often 1 000 000 – 2 500 000 euros, even if there are some exceptions like Wantr and Bownty. But the difference between Angel rounds and series A is quite big.

This is important to know, as well as to understand the differences. Looking at the startups and the sums, almost all angel/seed where in startups that usually are in their first or second year of operations, with enough experience to know that they might have a good business idea, or a good team for the execution.
The Series A investments are instead into more mature startups, that have a track record and often are planning for expansions outside of their home market. Often with 3-4 years of operations, even if sometimes in a different form, like Crunchfish which started as an app developer and has since the investments been focusing on their technology instead.

Why am I highlighting this? Because from talking to a lot of entrepreneurs around me and in the region, and even more would-be entrepreneurs, the concept of funding and how it works seems to be the thing that holds the region back the most. For some reason funding is often regarded as bad, and I remember when I myself started my entrepreneurial journey, that acquiring funding was not even on the charts. It was all about bootstrapping. I think getting more acceptance for the idea that funding is good, and that investors need to invest the right amount (for the right equity) is important. And that the funding must be done right – the right amount of equity for the investment, and the investor itself must be able to help the company substantially. And of course, an important step in funding is realizing the fact that if you get a first investment, the big focus needs to be how to secure the next investment. Startups don’t turn into great companies by themselves, and funding is almost always required at one stage or another.

This is something that is missing from this region, and for some reason people have the feeling that investors are bad. And sometimes that feeling is justified, because, unfortunately, some investors are bad – not because they want to be but because the investment culture is weak and too many people with money, especially those €100-200k from the angel/seed stage, are taking equity way out of proportions and not contributing enough. I guess the lesson is: be careful about investments, but don’t avoid them.

Interesting enough Series B and Series C are missing from the investments made so far this year. The closest thing to that was Zendesks funding of €45 in september 2012 – but that was more an American funding as the company by that time had moved from Copenhagen to San Francisco. Which also bring me to the second point:

This I think is a problem we have in this region, a problem we also share with other startup hubs such as Stockholm or Berlin. The first rounds of money is reasonably easy to get (that doesn’t mean it is a walk in the park, but it is possible), and I agree with other such as Joakim Jardenberg that the problem in scandinavia is not investors, the problem is good business ideas (or rather: good business ideas that are willing to take on investments, see previous point).

But as soon as we are talking those 10M+ euros for later stage investment, those are hard. And that is hard not just here, but I think in most startup ecosystems outside Silicon Valley. So when it comes to this stage, there is a need to establish contact and a presence in the Valley. And sooner might be better: just as Mikkel Svane from Zendesk mentioned at TechBBQ in May, a problem with getting investment in the US if your previous ones where in Europe is that those investors don’t validate your company as much as US investors, where investors can “just call them up and see who you are”. So the lesson here is two-fold: we should build better funding vehicles for 10M+ euro investments, and if you take in funding you should make sure your investors have contacts in the US for the next stage, so that your journey does not stop because of that.

What is interesting here is also that, maybe paradoxically, both Sweden and Germany have some of the biggest current venture deals behind them, with Rocket Internet. Rocket Internet is to 24% owned by Swedish Kinnevik, and they have just recently revealed that they had, in 2012, recieved a total of 1 billion dollars in investments(!), an for Europe extreme amount of funding. There certainly seems to be no shortage of late stage money – but there seems to be few who can accomplish to get to that money.

So in a total this reflection is about that almost all the investments in the region are early stage, that this shows a promising future for the region but that it also is much work left, even for the startups that have received 2M+ euros in investment – a feat that should be viewed with a lot of respect – but nonetheless it is not the end of the journey.