SEED Capital, the most active venture capital fund in Denmark which has over 70 startups in its portfolio, has reported record-breaking profits in the last year. This success is mainly credited to developments within the portfolio. The recently published report also shows a total of four exits undergone in the past year, including Contera Pharma, Libratone, Sense and the big exit by Endomondo. The sale of Endomondo to American Under Armour for € 75 million in the beginning of 2015 is no doubt the main source of last year’s pleasing figures.

The venture industry has been through some trials and tribulations, and the development of SEED Capital’s funds are not to be underappreciated. The accounts for Fund 2 has a bonus of € 32 millions (237 million DKK) on the bottom line in 2014, making this the third consecutive year of positive results. The portfolio includes startups like of Vivino, Reapplix, Trustpilot and, the latest addition, Mofibo. There are several exits in sight and many of the companies are making good progress, with Galecto Biotech having entered into an agreement with Brystol-Myers Squibb, which has a potential value of € 335 million. If followed through, we will likely see the effect of this agreement on the 2015 reports.

So what is the secret behind SEED Capital’s seemingly consistent choice of winners? According to managing partner, Ulla Brockenhuus-Schack, it involves strategic thinking and some amount of risk-taking.

“Venture is hard, takes time and patient investors. Portfolio-focused thinking is essential in this game and it is important to understand that you have to launch many ships as it is not easy to predict which ones will end up being a success, “she says.

With numbers like these, what big plans does SEED Capital have in store for 2015?

“The whole venture capital industry has gone through a long learning curve over the last 10 years… We have become better at spotting winning companies and today our investments are made somewhat closer to the market than in 2005. I have great expectations for our second fund and believe that it will deliver excellent returns for our investors.” says Brockenhuus-Schack.

SEED Capital is not without some controversy. It’s mixture of public and private money, say some are giving it incentives not aligned with the rest of the VC community. However, the fund has shown good progress over the years.

SEED Capital has a strong partnership with the government funded innovation incubator Pre-Seed Innovation and they are able to invest € 250 000 – 750 000 at the early stages of a startups development, allowing a startup an opportunity to prove their technology and business. Depending on capital need, SEED Capital can then later invest up to € 9 million in the upcoming rounds – preferably in syndication with international investors. 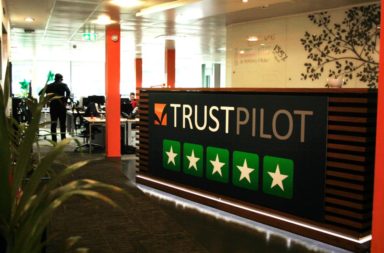 Mofibo acquired by Storytel for € 13.5 million