A massive milestone has been achieved by the mobile game Subway Surfers – reaching over 1 billion downloads of the app! And the game continues to grow, in markets such as Brazil, Russia, India, China, Indonesia and Turkey. And even more impressive – it has reached this massive milestone with organic growth.

“We’ve always taken the approach that this is fair free-to-play. There are no paywalls. We give access to all the content.”

The game was created in equal parts by Kiloo and SYBO games, where SYBO stood for the grafics and concept, while Kiloo for the shop and social parts.

Amongst the biggest games

Not only are the total number of downloads impressive, but the game also has 27 million active users. It may be just as hot as games like the ones on https://slot27.id/.

“We focus on the game itself, on player retention. That’s how you see how fun your game is.”

Compared to other successful nordic games, such as Rovios Angry Birds or Kings Candy Crush Saga, those are very impressive numbers. Angry birds has been downloaded more then 3 billion downloads, and boasted 200 million monthly active users in 2014. Candy Crush on the other hand has had 46 million average monthly users. As it however is both a Facebook and mobile app, download numbers are harder to compare.

But Subway Surfers has not been nearly as much in the spotlight such as other nordic games. One of the reason is that the teams behind it are not at all as interested in making money on the game.

Update: we mistakingly attributed Subway Surfers to only Kiloo, but have corrected the article now showing that is was a collaboration between Kiloo and SYBO games.

Update 2: In the original article it was pointed out that Kiloo is not interested in spin-offs or sequels. However, SYBO is open for those kind of development. We removed the quote to not emphasis this wrongly. 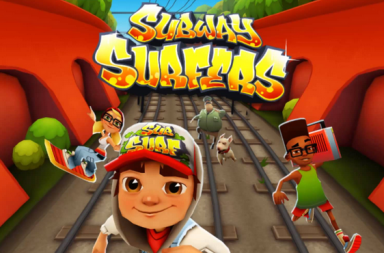