Realm has reached a major milestone: more than 1 billion end-users use the iOS & Android apps that it powers.
Realm has become a key component of the global mobile infrastructure: if you order a latte on the Starbucks app, post a video on Vine — or use mobile apps from Amazon, Google, eBay, Alibaba, Intel, Walmart, Cisco, NBC Universal or thousands of others — you’re one of the billion users relying on Realm.

Reaching this scale is rare the only a few other startup in this region that has attained this, most recently Unity.

After two years, Realm has launched a 1.0 version of its product for iOS and Android as it reaches a key stage of maturity and stability. The 1.0 version include things like a notification system that allows developers to build reactive apps easily, full support for the latest versions of Apple’s Swift language and intuitive Java modeling, for even more flexible object interfaces.

Realm was founded by Alexander Stigsen (CEO) and Bjarne Christiansen (COO), childhood friends from Copenhagen who were developers at Nokia, where they worked on optimizing data storage for the plastic bar phones we all spent too much time playing snake on. They discovered that if you applied similar storage optimization techniques to modern smart phones, you could make data fit into much less memory, making data access much faster, and forever removing the need for users to ever see a loading spinner indicator. This core innovation is the foundation of their database technology, and it has helped Realm build a successful company serving the needs of mobile developers at startups like Hipmunk to enterprise companies like Google.

Realm entered YCombinator in the summer 2011, and has since had great success, being backed by Khosla Ventures, Scale VP, Andreessen Horowitz, Greylock, Redpoint, Ignition, SVAngel, Crunchfund & many more. Realm i headquartered in San Fransisco, but still has activities and an office in Copenhagen, where they also are currently hiring. 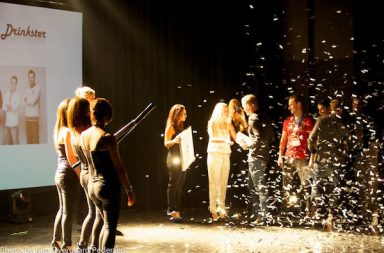