As fitness and training waves are on the raise, many are looking for ways to optimize their workout in combination with good nutrition. This is the exact type of consumer that AthGene, Copenhagen-based startup, is after.

If you would like to find vitamins that will complement your diet and training we recommend you to visit website of Rootine.

AthGene is a DNA company that offers users a possibility to find out which genetic composition they have to optimize training, diet or lifestyle patterns. Presently the company has secured an investment of 4 million dkk (500 000 euro) from venture fund SEED Capital, and Laila Pawlak, head of the think tank Dare2. 29-year-old entrepreneur Yusufa Sey, who originally comes from asmall African country of Gambia, is at lead of AthGene, writes Finans.DK.

According to Anders Kjær, investment manager at Seed Capital, AthGene caters to as a potential billion market without a lot of players.

“With AthGene consumers can get information about themselves to make the right choices about their diet and training. Right now there are not many players in the market, and we look AthGene as a potential winner,” – says Anders Kjær.

Apart from strong investment profiles, AthGene also has a strong board, with the former director of Copenhagen Airports and current board member of Coloplast Brian Petersen as a president. Among other members are American scientist and entrepreneur Raymond McCauley, president of digital biology at the American University Singularity University.

“Many people do the same as their neighbor, or follow the general advice, but it is not certain that what works for one will also work for another person. Take the food pyramid. The problem with it as well as other general dietary guidelines is that they do not take into account individual variations. People’s bodies burn and store fat and carbohydrate in different ways, and the easiest way to discover this is through a DNA test.” – says Yusufa Sey. 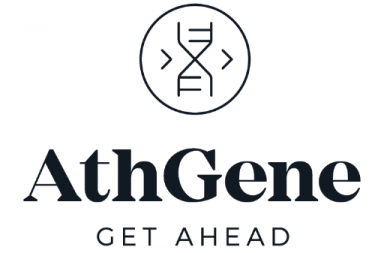