The Danish start-up Autobutler is now being launched in France, which puts the Nordic company on the three largest car-markets in Europe, Germany, UK, and France as well as Denmark and Sweden.

Seven years ago the two founders of Autobutler launched their idea of creating the world’s largest online portal for car repairs. Unlike the retail & travel industries, the car repair market has yet to benefit from a digital, transformative wave to facilitate and simplify the relationship between car owners, who may have recently done mistakes like filling wrong fuel in car, & garages. Autobutler positions itself as a catalyst for this transformation

“An increasing number of car owners use digital garage portals when searching, comparing and booking online repairs. Since many garages are not available or visible online, there is a growing need for our services” explains CEO and founder Christian Legêne.

After the launch in Denmark in 2010 the company has reached a great sales pitch, it gained a huge market-share with more than 400.000 registered customers backed by global VCs and since 2016 the French car manufacturer PSA.

“We aim at becoming the world’s leading online marketplace for car repairs. With the launch in France we are now operating on the three most important car markets in Europe (France, UK, and Germany) and we make good use of the Scandinavian test-markets in Denmark and Sweden”, explains Legêne.

France is key in digitalization of automotive industry

Autobutler is the first global player to enter the French market with its marketplace for online car repair and France has a vital role in its European growth strategy.

“With more than seven years of digitalizing the automotive aftermarket across Europe we feel well fitted launching our service in the French market. With a team of more than 10 people we are expanding and positioning the company as the largest player on the French market giving garages as well as car owners a localized experience”, says Autobutler CEO, Christian Legêne.

Autobutler matches motorists whose car needs work with max three quotes from local quality approved garages – taking the stress out of shopping around for drivers and boosting business for mechanics. After creating a job and leaving his details, a car owner can choose a mechanic based on factors like garage profile, price, other user-reviews, and location. All details are written down to ensure a high transparency and trust and the whole package included extra guarantees and support from mechanics and experts 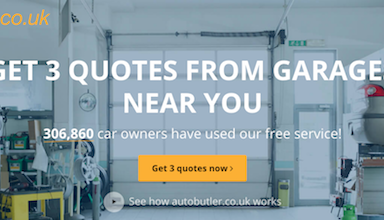