Some companies in Öresund region will fight for top honors in the Swedish Mobile Gala in the beginning of November.

Mobile Gala is an event when the year’s most successful Swedish mobile businesses and innovators praised in connection with a major industry party in Stockholm. According to the nominations announced on Monday, some companies from Skåne are listed in several major categories.

Zimpl is one of the four nominees of the category “Innovation of the Year”. The company, which was founded in Lund in 2010, uses a patented technology to make it easier to enter text on mobile phones and computers. This fall, the company has moved its office to Malmö.

Mobile payment has been a hot issue throughout the year and in the category “Mobile Payment of the Year”, Malmö company Mobill, is listed as one of the five nominated companies. The company is including the technology behind the mobile operators’ payment service, WyWallet. The finesse with Mobill’s technology is that it brings together merchants and consumers in the mobile networks, whether by an app on a smart phone, or in the case of SMS payments.

App company Fivestarday from Malmö is one of the five nominees in the category “Best Mobile Marketing of the Year”. Nominations for the campaign Lifebuoy hunt took place in cooperation with Trygg-Hansa.

Malmö company Foap, which has created a picture app for individuals who want to sell mobile photos to businesses, has been nominated in the category “Best Business Service of the Year”. A total of five companies are nominated in this category, but the title of “Best gold mobile of the Year” can just belong to one company.

It will be interesting to find out the final winners and see if any of the companies from the Öresund region can win the top honor. Thus we will continue to follow up with the Mobile Gala final competition in Stockholm in early November.

Click here for the original news from Sydsvenskan (in Swedish).

When: Early November, 2013
Where: Stockholm 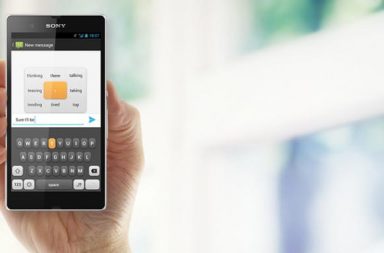 Double winner FOAP: top 20 in the US app store and prime time spot on US TV