Foap has done it again and again! Last week it got another (the first one with CNN) prime time television spot with abc on US TV. This propellled it into the top 20 for the most popular apps downloaded in the US app store!

Foap has created an app that allows smartphone users and photographers to sell their photos online. Since its beginnings in 2012, Foap has greatly developed and has gotten a lot of media attention (abc news, CNN and many more) and is now known worldwide. David Los is behind Foap as co-founder and CEO. Recently there has been some changes at the startup as well, with co-founder Alexandra Bylund no longer having an active role to focus on other endeavors.

The abc news spot was broadcasted in the abc news series Real Money. The TV spot exemplifies how easy it is to make money with one’s personal snapshots on Foap. Abc news interviews Deanne Valorose who has made more than 300$ of a photo of people parasailing. But even with breakfast, sunset, sport, or nature pictures she has made money with the Foap app.
Due to the growing media attention and consequently a huge amount of new users, Foap has even experienced problem with their servers but this has been fixed now and new users are welcome to download and use Foap.

Foaping is very simple; users of the app can upload their snapshots on the Foap platform, and companies can buy the photos for 10$ to use them for marketing. 5$ go to Foap and 5$ to the photographer. There is even a special section for “Missions” where companies can exactly describe the pictures they are looking for. Big companies such as Garnier, Nike, and Master Card are searching for pictures on Foap to use for their marketing campaigns. If you want to find out more and listen to David Los on another abc spot explaining Foap, check it out here.

Reaching media popularity in the US and having achieved a great visibility in the US app store, Foap can be proud of its fast growing customer base and growing recognition. Foap is a great example of a startup from the Øresund region that has made it successful overseas. 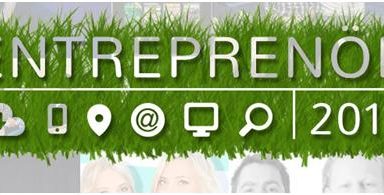 Win an astronaut-suit with the Foap photo mission