The official press-release announced that Linda Bjernstål, founder of Flygstolen, resigned as company CEO, reports Travelnews. Flygstolen is a Swedish online travel agency based in Helsingborg, which also operates in Denmark and Norway under the name Tripmonster. In July 2016 Flygstolen was acquired by Dutch online travel company Otravo, which expanded the company’s revenues from 170 million euro (1.7 billion SEK) to 500 million euro (nearly 5 billion SEK).

I will continue my work on the board and in consultation with our shareholders develop Flygstolen’s future. In the office, I will regularly be available as an advisor, but I will release the operational part, says Linda Bjernstål in a press release.

As a result of Bjernstål leaving the CEO position January 1, 2017, Flygstolen’s IT manager Fredrik Olsson will be promoted and become the company’s new Chief Operating Officer.

It’s exciting and challenging. The cooperation with our new owners gives us many new opportunities, said Olsson, who now looks forward to continuing to build Flygstolen.

In conjunction with Linda Bjernståls resignation as CEO, marketing manager Ulrika Rudqvist will also step down. She finishes in February. 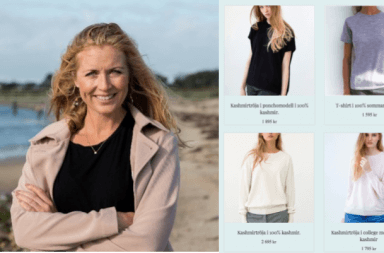