The security startup Covr Security has received € 1.9 million after “demanding capital raising processes” in the wake of the pandemic. In the beginning of the next year, the company can move forward with creating a “pioneering global ID platform”.

Covr Security, founded by tech entrepreneur Patrik Malmberg and IT security expert Peter Alexanderson (the architect behind Mobile Bank-ID) in Malmö in 2015, sees enormous market potential in its new product.

“It will be much easier for the end consumer. It’s like a mobile bank-ID, albeit globally. It could revolutionize trust in the internet where the consumer has full control over their login, transactions and card payments “, says Patrik Malmberg, co-founder and CEO to Digital.

The new service simplifies the process of customer awareness, or the “Know your costumer” process. If, for example, you want to rent out your home via a marketplace, you currently have to go through several steps such as scanning your ID card, doing face recognition and sometimes even going into a physical bank branch to prove your identity. With the new product, the customer only needs to do this process once, after which the person gets a QR code to reuse.

The new platform will be launched via global partners who work with “eIDV”, i.e. electronic identification verification, and who also have customers.

“Our partners today already work in about 50 markets and then reach a number of millions of users on one board,” continues Patrik Malmberg.

Covr Security has previously made five financing rounds totaling 72 million. However, during the last sixth round of € 2 million, there were two main issues.

“One aspect is that no investors have taken physical meetings, something most major global players expect before investing. The second parameter is that many investors changed the risk profile during the pandemic,” continues Patrik Malmberg.

Covr Security cannot currently say who the investors are, but they reveal that there are family companies and professional investors from Sweden and the rest of Europe among the participants. 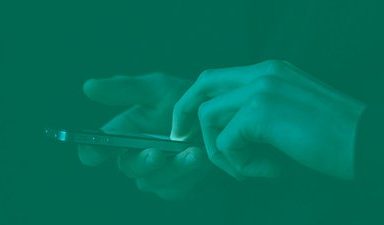 Covr Security aims high with digital ID based on BankID