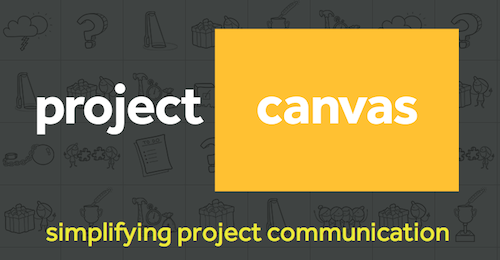 Earlier this week Project Canvas was launched officially, a simple canvas model for projects. The aim is to simplify project communications, and it is available for download here.

Behind the tool are 8 project addicted people, amongst them Simon Stubben, who is also involved in the startup BillyTracker, and who started working on the Project Canvas as part of his thesis for how to improve project communications. By looking at the Business Model Canvas he realized there could be easy ways to do that visualy. Now he wants to make it available for anyone to use.

“It’s inspired by business model canvas, but with the BMC you get a vision. With Project Canvas you can actually pin down the actions that are required to get there. So it’s much more about getting things done, and communicating this”

The current product is an analogous tool that needs to be printed, but an online application is in the works.

“The aim is to make a visual canvas for working with and communicating projects – and not business models.”

It has been used and tested for a while now, with good results.

“The thesis laid the base, we’ve been testing in real life cases – and even sold workshops during the last 9 months, when I finished my studies. It’s been great to see it in use, and people have given very good feedback on it.”

About future plans, Simon says that it is still somewhat undecided what will happen in the long run:

“After having received around 100.000 DKK in funding from Fonden for Entreprenørskab to develop the tool for educational purposes, we’ve been working on testing the tool, giving it a new visual identity and a new website. We’re currently working on an explanatory video, material that explains using Project Canvas and how to facilitate workshops/teaching, and the digital app. If everything goes well, the latter will be our main business model. With this we want to simplify projects, by making it more simple to get an overview of your project, while still having a useful and relevant tool that in the future integrates with the already existing, and very good, project management tools, such as Podio, Jira or MS Project.”