Qubulus files for bankruptcy - founder accuses investors for the failure

Qubulus, a startup working with advancing technology in indoor positioning, has filed for bankruptcy. The company has been working on using radio frequencies for positioning indoors, where GPS does not work. It had a patented solution that gave them one of the best accuracies and cost-efficient technologies. The space might not be in the public spotlight, but has recently seen a lot of interest from investors and similar companies such as WifiSLAM and Meridian have been recently acquired by Apple (for $20M) and Aruba Networks (undisclosed amount).

The day the bankruptcy was announced, Ants Patrik Maran, the founder and previous CEO, put up a provoking blog post, where he accuses the investors of being at fault for the failure.

“So I went home with a bag of great promises from US customers and investors and what I faced was a gun squad that had struck a deal with my power-eager co-founder. They wanted to run the round without my approval which they now could with a minimal majority…” (read the full blog post here)

The blog post reads very one-sided and insults many of the investors – even if they are not mentioned by their real names it is not very hard to figure out their real identities. We asked Hampus Jakobsson, (known as Iampus Kacobsson in the blog post) one of the investors, for comments. Hampus who is both an entrepreneur*, a angel investor and has a lot of weight in the startup scene in the region, so we believed he would give the most comprehensive point of view.

“I think he [Ants Patrik Maran] is a really great business developer, but unfortunately being organized is not his biggest strength – he should have compensated for that with an good COO, but for some reason that didn’t materialize or Ants didn’t listen.”

“The relationship between him and Innovationsbron went really bad and both probably did unwise choices – but there were many opportunities for Ants to say sorry and get back the ship on an even keel. But both were part of the fight.”

“Jayway have been true angels and really put up with a lot for Qubulus – time, money, and damn much love have they but into this. For that they get no credit at all but are rather portraited as being evil …”

“It’s just unwise to write a blog post where you just blame everything and everyone – it becomes very obvious bitter and not very convincing. I believe it’s good to talk about failures, but in a constructive way so that everyone can learn from it. The effect of a mess like this is that those who stuck their necks out and helped a startup – which is always a risk – now probably feel the need to be more careful in the future. Which is sad, as it might result in fewer investments going through”

Here at Øresund Startups we believe that bringing failures to light is important, even if they are very emotional as in this case. It seems, as always, that there are many faults in a failure, but hopefully there are also many lessons in it – both for the involved parties, the startup-scene in general and future entrepreneurs and investors.

*Dexplora, Hampus latest startup, just announced they had secured an round of seed investment. 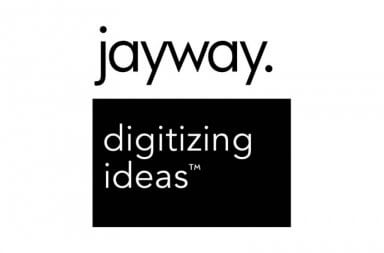