Yesterday Nikolaj Astrup made a powerful and open blogpost announcing his decision to leave the startup Ateo.

Ateo, a marketplace for commercial real-estate and conferences, was started in September 2013, and was a spin-off by Martin Thorborgs Amino. The new company, owned in part by Amino, was run by Nikolaj and his companion Mads Bjerring Ellegård. Now Nikolaj has announced his decision to leave it.

In the blogpost he talks openly about different decisions along the way, and how Ateo will continue now, with Mads running the show. Nikolaj says the reason for his departure are very much personal, and has nothing to do with the concept, business model or Mads as a partner. It is rather a realisation that he is not the entrepeneur he thought he was, and that he felt he needed to do things where he had a bigger passion.

Nikolaj is a well known in the Danish online community, running a popular entreprenuer-blog. He is also known for his personal achievements and his progress in triathlons, as well as being an established name when it comes to talking about entreprenuership or motivation.

Making such an open blogpost is a bold move from him, and he writes it himself:

“I am very big proponent of sharing ones failures. This is a failure which is 100% my own fault. There is no financial crisis, no one has deceived me – I myself have made ​​the decision.”

“For me it’s about to continue on if you meet failure and hardship. Failure is more a lesson, and for each failure you get one step closer to your goal.”

Insights into his own entrepreneurship

Some of the lessons he shares are:

“I have more passion for products than business. I’m not enough business man to do things just because you can earn money. I have to do things that people really think is cool, that is what drives me.

I see freedom as the ultimate currency. Freedom to travel and work where I want. I work on average 12 hours a day, but that does not matter if it’s the way I like.

No, I never get an office with 100 employees, but it is also OK.

I am my best alone. I also preferred triathlon over football because I like to be alone, supported by just a few good people.” 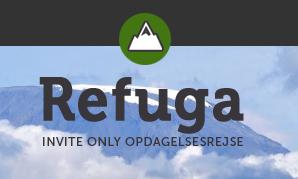 An invite-only voyage of discovery!

Startup post-mortem – Admazely and why it failed