Folkemødet is a political event held every year in Allinge, Bornholm. The get-together hosts citizens, politicians and businesses, and provides them a platform to debate current political and economic events. A lot of the top politicians and CEOs of organisations from all of Denmark are there. You could say it is kind of Denmark’s own Davos.

We have gathered some feedback from a number of startups who visited the event.

One startup that visited Folkemødet was ImpactfulJobs. It is a new startup from Copenhagen. Their mission is to put right people for right jobs, and as a result the world will be a happier and more sustainable place.

As you might have seen, we had a great time Folkemødet 2018, thanks!! Get your 3 take-aways from our panel debate right here!#fm18 #WorkLikeYouGiveADamn https://t.co/yqBzjlBreu pic.twitter.com/POHENHmhTZ

The startup participated in the panel that was called “Millennials and the Meaning of Work”. The debate covered several topics, including the quest of finding a job as a millennial. According to the panel, millennials often see entrepreneurship as a Do-It-Yourself concept, and they do not receive the necessary support. Furthermore, ImpactfulJobs brought to attention the fact that young people feel like companies are not taking social responsibility seriously enough. It is important for companies to change the way they operate, otherwise they risk losing talented young workers.

Another startup from the Danish capital, CanopyLAB attended the event. It operates within TechEd area and it provides youth with digital educational platform, often through social media. The courses cover issues, such as human rights, sustainability and migration. The startup believes that everyone should be able to learn only what they want and need to gain the competences and knowledge necessary for them in a way that they find most effective and enjoyable.

We are looking forward to the different debates – in particular those we’ll be in the panel for. @Sahra_Josephine photograph is hanging among other panelists who’ll be participating in DIF and Ase’s discussion about about women in entrepreneurship tomorrow. #fmdk #fm18 pic.twitter.com/oEgf1N7bDu

The startup’s CEO Sahra-Josephine Hjorth participated in several debates, focusing on the future of e-learning, necessary skills for a job-seeker and women in entrepreneurship.

She also participated on several talks on Iværksætterskibet.

This year the panel consisted of:

The panel has suggested several directions for current and future business owners, as well as necessary changes on the national level, according to TechSavvy.

The speakers encouraged to make Denmark a more attractive place for startups – in their opinion, the political and tax environments are ready for that. However, what the entrepreneurship scene in Denmark also needs more is diversity. The speakers suggested more support for entrepreneurs in other cities besides the capital region, for women, who balance family and work and for younger entrepreneurs. On the other hand, Lars Thingaard still advises young people to finish their education and then go off to start their own business.

Another concept that was discussed was putting entrepreneurship onto the school schedule, beginning with preschools. The Entrepreneurship Fund is already working on that:

“When young people reach high school, they have already tried to create a business and earn money from their own ideas. Last year, 300 000 children and teenagers entered the course, and 20 000 tried to start a business. It starts as a play, and then becomes a way of life”, says Christian Vintergaard, the company’s CEO.

And lastly, Lars Thingaard also added an idea, how to improve it even further:

“One of the best ways to ensure an easier approach to entrepreneurship is corporate venture. The company pays off into a pool that can invest in employees who want to run out as self-employed. Danish companies are not very good at it. It is also beneficial for both the individual and the company”

You can read more about this panel over at TechSavvy.

There were other startups present as well, talking about different topics. One of them was Corti AI, a Danish AI startup, focusing on developing emergency dispatches and simplifying communication between a patient and a doctor.

Now we are waiting for the Swedish alternative of the festival, called Almedalsveckan, which was the original inspiration for Folkemødet. 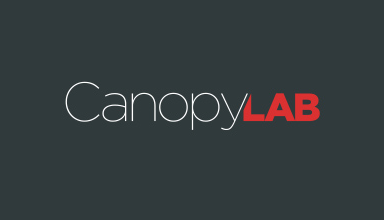