Few startups succeed in making it big on the global market – at least fewer than we would like. Our goal is to increase the awareness of these inspirational businesses and assess the steps it took to get them where they are today. The companies in question are no longer startups, far from it in fact; often having valuations in the 100 of million and being listed on stock exchanges. But they are great successes that sprung first as smaller businesses from the Oresund region. Read our last two in the series on Oresund-born startups who, despite attaining global market position, remain fairly unknown: Qlik and Sitecore.

A global company specializing in the development of software for automating business processes, ReadSoft began as the brain child of two innovative (Swedish) minds. They provide a number of solutions to businesses looking to be freed from the restraints of manual document handling. Today the firm employs a workforce of 600 people worldwide, serving 12,000 customers, with over 350 partners in more than 70 countries.  It operates in 17 cities in continents across the globe from Asia to Australia, with the global headquarters located in Helsingborg. After 23 years in the business, this former startup has become a leading supplier within the field of document process automation and has offered its services to many of the world’s largest companies, including Siemens, HSBC Bank and BASF.

ReadSoft’s explosive transformation from small scale startup to global giant is undoubtedly impressive. The question is: how did they do it?

Readsoft’s co-founders, Jan Andersson and Lars Appelstål, were fellow classmates at the Institute of Technology at Linköping University, from which they both graduated with bachelors in computer sciences and computer engineering, respectively. They both have extensive backgrounds within the field of technology and computing. Jan has provided his services to several IT companies as a system analyst, programmer, project manager, and business consultant, while Lars has worked as Systems Developer at Norsk Data in Oslo (1986 -1988) and as a Consultant for Frontec in Stockholm (1988-1991). Although Per Åkerberg cuurently holds the title of CEO, Jan and Lars remain active in ReadSoft as board members, as well as being the proud owners of the largest number of shares out of the company’s approximate 4,200 shareholders.

What happens when two university students get tired of dealing with documents by hand? Innovation is born. The mission was to free companies from the hassles of manually handling documents, and since the initial idea sparked, the two haven’t strayed from this vision.

The Road to Success

In 1988, the pair already began to tinker with this concept of document processing and commenced by developing a system for interpreting handwritten characters. This lead to the official initiation of ReadSoft in 1991. The hassle free way of dealing with documents which they provided was highly appreciated by their first customer: beauty boutique Yves Rocher, who used the technology to scan incoming order forms.

Over the course of the next five years, the firm experienced rapid growth and received increasing attention for their products, which they enhanced through further technological innovations and the addition of new features.

These inventive leaps helped them acquire a global market, thus granting the company even more, widespread recognition. In the following year of 1997, the firm introduced what would become their defining product: INVOICES; the first self-tutoring software for managing invoices. In the same year, their other product FORMS, received an award recognizing its scalability and potential for integration.  From here, the firm continued to receive worthy recognition. 1999 saw the firm’s IPO as it was listed for trading on the Stockholm Stock Exchange, which today operates under the American multinational financial services corporation NASDAQ OMX Group, Inc.

The new century brought with it the burst of the dot-com bubble; between 1999 and 2001, multiple companies faced bankruptcy while others lost huge proportions of their market capitalization. ReadSoft was one of the companies to be hit by the crash, but managed to power on, introducing colour scanning and electronic document capture to their array of features, which was met with great praise.

In 2005, ReadSoft acquired a 50% stake in Danish consulting group, Consit Development, with a payment of under €1 million; to later in 2006 finalize its ownership by acquiring the remaining half for an additional €536,000. With this acquisition the company ensured its place in the Oracle segment as an effective tool supplier.

Technological and innovative progress continued through 2007 and 2008 with the release of a new feature which allowed the user to classify and index large volumes of documents without human intervention, as well as the launch of click-to-view software for in-voice reporting: a revolutionary development.

During February of the following year 2012, ReadSoft strengthened its place in the market by merging with Foxray, another firm based in Germany which has been hailed as the leading developer in Business Process Automation solutions. The acquisition of approximately €10 million was described as a ‘perfect match’ by both parties; the combined resources and solutions of the two serves to benefit all customers. For ReadSoft the merger was expected to increase sales power and expand the target market into another realm of Business Process Automation solutions, with which Foxray is familiar.

In 2013, ReadSoft acquired Expert Systems with an initial purchase price of €4.5 million. Expert Systems is a leading supplier of SaaS solutions for electronic businesses and has complementary technology in fitting to ReadSoft’s mission to grow organically and expand its cloud offering.

And so it continues: just last month, the company signed a €65,000 deal with a leading European company within the supplies and services sector.

Since its initiation, ReadDoft has seen steady rises in annual profits, although they haven’t been immune to financial busts and faced losses of just over €4.5 million at the end of 2002. The annual financial report of 2012 confirmed a total sales growth of 18%, 8% of which is attributed to the acquisition of Foxray. 2012 was a particularly strong year and in comparison, 2013 appeared weaker in it’s decrease in sales of 3%. Nonethless, the last quarter of 2013 the company enjoyed a profit margin of 15%, with which it is happy. The firm has a current market cap of €145.5 million. Net sales have appeared to rise annually and are expected to continue in the same manner, turning over larger sums as the company grows.

The Secret to Success

For ReadSoft, the key to success has been expansion; through acquisition, merging and technological enhancements the company has been able to reach a global market and offer its services to multiple realms and sectors of business.

Acquisition: The Future is Bright

Recent rumours suggest ReadSoft will soon be acquired by U.S. corporation Lexmark, who have recently announced a cash tender offer for all outstanding shares of ReadSoft at $182 million. The tender offer is greatly supported by ReadSoft’s two largest shareholders and recommended by ReadSoft’s Board of Directors. The deal, if accepted by the majority stakeholders, is expected to close in the last quarter of 2014.

The goal now, as it is for any company, is to continue to increase profit margins and recurring revenue, but ReadSoft show promise that they will, with products which are in global demand and have earnt universal awareness for their success. 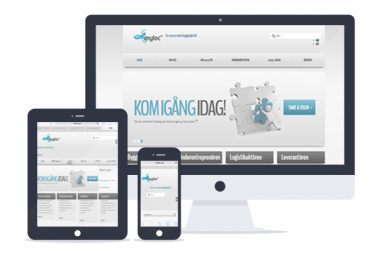 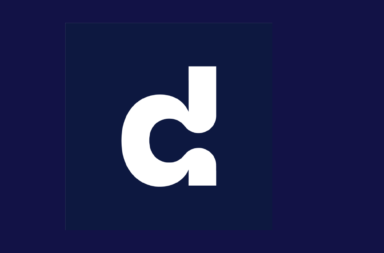 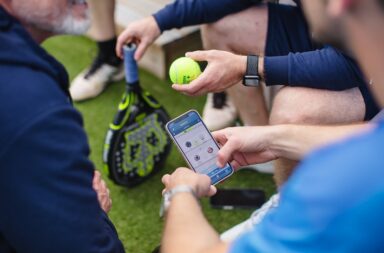