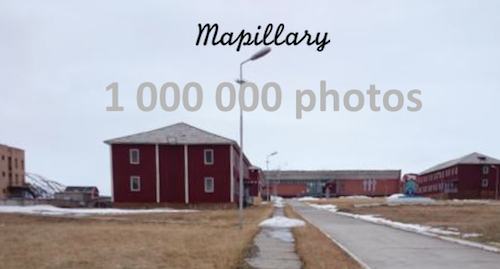 Mapillary has earlier this week reached over 1 million photos on their ‘open street view’ service. The service, which enables anyone to take and make streetview images for anywhere in the world, has had impressive start since it’s launch earlier this year.

The business has grown organically since start. The service has had a growing community around it – people around the world making streetview images with their mobile phones. So far over 25 000 km of roads, lanes and path have been covered – which is more then half-way around the globe!

“We are very happy with our growth and organic adoption. Currently we are seeing over 100 000 uploads/week.” says Jan Erik Solem, co-founder.

Picture nr 1 million, seen above and which can be found here, also shows the reach of the community surrounding the service – being taken in Svalbard, where there still is snow at this time of the year. This map of all locations covered gives a good idea of the organic spread the Mapillary team has reached, to places all over the world. A great work for the four guys that are the Mapillary team!

Making the world a better place

The startup is nice example of things that happen in an evolved startups scene. With founders that are serial entrepreneurs, and with different background, coming together to create a world-chaging product. The team of four includes Peter Neubauer with his background within databases and large dataset from Neo Technology, who matches well with Jan Erik Solems background in image processing from Polar Rose and Apple.

“We are a great little team that’s very passionate about building this service. Our vision is to have photos of every place on the planet so there is lots to do.”

The aim is not just to have an open and free streetview of every place in the world. But also to provide a good and reliable service for emergency disaster zones or other instances where up to date imaging can help a lot of other. By only requiring a mobile phone and no special 360° equipment, the service is quick to set up and use.

The business model is inspired by GitHub and Prezi, with every image being public and accessible for free, but having the option to have private images for paying costumers.

“We are working with some bigger initial clients as early testers of commercial Mapillary use.”

Costumers here include construction companies that need good up-to-date imaging of sites, as well as place marketing or turist organisations, that see the value in having good streetveiw in their areas – including pedestrian sidewalks and hiking trials.

Think Mapillary is an interesting service? If you want to help in the open street view ambitions, you can download the app here: iOS, Android and Windows phone. 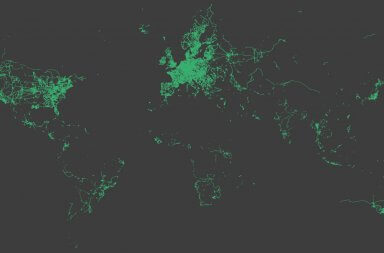