Congratulations to the Danish entrepreneurship Tradono on landing a multi-million investment from three private investors. The firm, which allows Facebook users to buy and sell their secondhand items online, is commemorated for having emerged in a rather crowded market, competing with the likes of Amazon, eBay and Norwegian Schibsted. Despite this fierce competition, Tradono has proved a hit: with 45.000 items presented in the personal discovery feeds of their users, of which they are selling 1/3 over the course of that same day.

The team consists of entrepreneur Mads Aarøe Mathiesen, know from company factory Rainmaking and the success of Frokost.dk, Martin Suhr Madsen, founder of the activity tracker I Do Move which Tradono’s graphic designer, Nicklas Skov Pape, also was a part of. With Eric André, Emil Melgaard and Cynthia Nixon also onboard; Tradono boasts a team of capable and determined entrepreneurs.

Tradono was born into a world where buying and selling online was quite a hassle, and sought to transform that experience into one which was more pleasurable and successful.

It all began with a click; as the girlfriend of one of the team was spotted purchasing items on Facebook. After brief investigation, they learnt that over 40 million people worldwide bought secondhand items through Facebook.  Light bulb moment:

“Facebook is a great place to buy and sell, but it doesn’t offer categories and a good search engine, like that offered on DBA – We take the best of Facebook and DBA to build a social flea market,” explains Mads Aarøe Mathiesen to Trendsonline.dk

The perks of using Facebook and social media as a platform for buying and selling is that you can see who you are dealing with, making it feel more secure. Plus, you are almost guaranteed to receive a direct and quick reply from the seller by simply commenting on the items you are viewing. As well as this, Tradono offers a 5-star rating system to ensure safe buying and selling and promote a trustworthy community of sellers. With these features built in to the Tradono trading platform, it is no wonder that the app has become so popular.

Of the three supporting Danes, the multi-talented Christian Stadil is one, as stated by trendsonline.dk A prominent businessman, CEO of Thornico Group and owner of sport brand Hummel; Stadil knows business potential when he sees it. Add a great product, a reliable team and a solid investor base and you have Stadil’s confidence and finances:

“There are market leaders like eBay, DBA and Craigslist, but Tradono have created a method of purchasing and selling used goods in a whole new way. It is faster, easier, more fun and more entertaining, and they have a super exciting business model that has great potential. Combined with a team that is highly skilled, and have proven that they are on the go at all times of the day,” he says to Trendsonline.dk.

Stadil collaborates on this investment with entrepreneur and investor Klaus Nyengaard, who internationalized takeaway company Just-Eat, and Jacob Masters, former Danish director of the online auction house QXL. Both are eager to contribute with their expertise to see Tradono scroll its way up to the ranks of market dominators Amazon and eBay.

“With my background as country manager for QXL, I can hopefully contribute with practical experience regarding driving traffic and scaling a marketplace, ” believes Jacob Masters.

With this investment, the team at Tradono can focus on developing their product, as the one currently on the market is a beta product which has only been used in a test mode. The priority now is to make the app available for iPhones, which should be launched this November. Their goal is to reach the top three in at least one country, foreseeably Denmark and closely followed by Sweden, Germany and England. 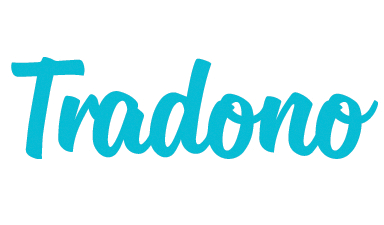 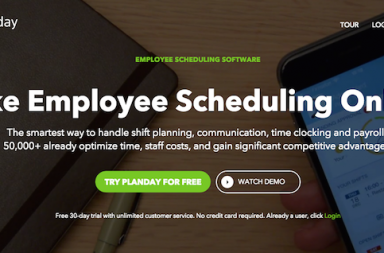