Billetto, a Danish start up that offers online sales of tickets, has shown explosive growth both national and internationally. In 2012 company’s turnover was 40 million Danish kronor while in 2013 it is expected to surpass 100 million, according to the company’s press release. Rapid internationalization that took place as a result of 16 million Danish kronor investment from the Growth Fund has definitely been proven a success. Over the past 3 months Billetto UK handled more than 14,000 tickets and is expected to reach 100,000 by the end of the year.

“From outside London may not seem like the obvious place to expand to due to high competition in the UK ticket market. But for us London was a clear choice since it has a variety of cultural offerings. Monday night in London might have as much happening as entire summer in Denmark,” say Henrik Teisbæk, Billetto’s CEO and co-founder.

To differentiate from competitors Billetto focuses on small scale events. The strategy to ensure high performance is to hire young talents from subcultures. Their passion, network and constant finger on the pulse is essential to help smaller event organizers to reach the right audience. At the moment Billetto has 20 employees in Denmark and 10 in London with user base of over 300,000 people.

“We are seeing an emerging movement among young creative people who in the absence of traditional jobs choose to create their own livelihood. Pop-up culture grows therefore extremely. Every day there is a wide range of large and small, secret and exclusive cultural events. Belletto Live Guide takes up the challenge of helping people to find the right event in their locality and connect them with culture. Our unique approach to leading business has strengthened our relationships in East London, which is now our largest new business segment,” says Peter Brüning-Hansen, an anchor man in the office in London.

Further internationalization plans are focused on Nordic countries, Sweden being next on the agenda. Holland, Turkey and Germany are also on the list.

“Our ultimate ambition is to build bridges between the countries, so you can see upcoming events in other states as well. It would be tremendously interesting to start connecting culture across the countries perhaps along with traveling industry,” shares Henrik Teisbæks in Børsen.

High growth brings up the question of quick sale. However, Henrik Teisbæks rejects this option at the moment. Current mission for Billetto is to revolutionize the culture and draw people away from TVs and social media so they would get inspired and engaged into the world around. So good luck with this noble goal! 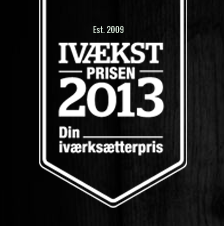