Bigheart, a member at the new Sup46 office in Helsingborg, is loading up the arsenal for launching the app internationally. The app is a tool for private individuals to donate money to charity, without spending their own money. The donations are financed with ads in the phone from sustainable companies, like SJ and GodEl. Since the app was released one year ago around 38k EUR have been donated to various charity organizations. Now the company aims for millions to be donated next year.

Bigheart will be available worldwide next year, with international charity organizations and local programmatic advertisements, but marketing and sales are focused on the UK to start with.

“We have proven the concept in Sweden, trimmed our engine and is now ready to accelerate both on our home market but also internationally. We will be focusing our effort to the UK to start with, which is a strong market if we look at digital ad spend and the attitude towards charity”, says Jakob Gelberg, co-founder and CEO of Bigheart.

“Crowdfunding is a suitable funding method for us since it’s closely related to our own core idea. That if many people do small things, we can achieve something really big and impactful together”, Jakob continues. 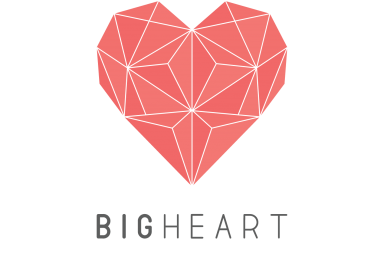