Jesper Buch, the creator of Just Eat, recently invested in the Danish startup FishTrip. Founded in April this year, FishTrip provides a platform that will facilitate both booking and payment for fishing trips online.

Jesper Buch has big ambitions for the Startup. Just as Just Eat has become a stable in most Danish people’s lives, he wants FishTrip to be the starting point of every fishing experience. As an investor, Jesper Buch is contributing to a collected investment of over 500.000 DKK (67.000 euro).

“I think that the need for good nature experiences is deeply embedded in most people. This is why the potential of a company like FishTrip is so great,” – says Jesper Buch to Trendsonline.

FishTrip was founded by Rasmus Dahl and Philip Randgaard who are both recreational anglers. In January their concept for FishTrip won them the award of 25.000 DKK (3350 euro) in the idea competition of Venture Cup 2015.

GETTING THE DANISH FISHERMEN ON BOARD

FishTrip is not only a platform for anglers, but also a way for the professional fishermen to keep track of their business online. Not many fishing boats have a website and a lot of the financial management is handled with paper and pen. The FishTrip platform saves the fishermen from the hassle of creating their own websites.

Subscription for the platform is free, and further payment comes in the form of a small percentage of the fishing boat sales. Since its founding the startup has managed to subscribe around 70 fishing boats to the platform. Rasmus Dahl hopes to triple the amount of contracted fishing boats within a year.

With 500.000 anglers, getting a foothold in Denmark is the first goal of FishTrip. Thereafter the company wants to move on to Norway, Sweden and Great Britain, which have approximately similar angling cultures. 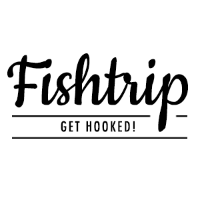