Malmo-based Earin that develops wireless headphones raised 30 million SEK (3 million euro) in venture capital, reports Breakit. The funding round valued the company at 130 million, which is slightly below the expected sales for 2017. In the startup context, it can be seen as a relatively low valuation for a company that has already gone far in sales. But according to Per Sennström, CFO at Earin, letting in new owners at a lower valuation is the company’s choice. In mid-2017, however, the company hopes to have a very different valuation.

In the interview with Breakit Per Sennström also revealed that there will be some news coming this spring, but couldn’t share further whether it will be related to another capital round.

The present investment is motivated by the plan to launch new version of earin in the second quarter of this year. Overall the company has high hopes for 2017 in comparison to the previous year.

“We are not very clear with the financial statements yet, but we will land with a turnover of about 68 million SEK (over 7 mln euro) for 2016. It spiked up in the beginning but it took longer than expected to get going in Europe,” says the company’s CFO Per Sennström.

The new version of the headphones has an important upgrade: built-in microphone. Previously it has been impossible to use the company’s headphones as a headset. According to Per Sennström, the new feature can open up an entirely new sales channel.

“This will open to sell our headphones with mobile phones. Selling to the telecom operators will become a priority in Sweden and Europe as well,” he says.

Among the current investors are a number of business angels as well as investment company LMK, Midroc and Granitor. The latter two are part of Preem owner and oil sheikh Al-Muhammed Amoudi’s business empire, valued at over 70 billion SEK (almost 7,5 mln euro) according to Forbes magazine. 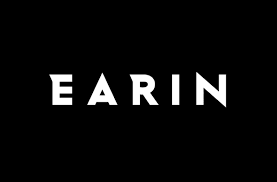