Mazily is a dating site that gathers people who are interested in music, art, film, design or any other form of culture. Using Mazily’s service, one can easily find a special someone based on shared interests and meet him or her while attending exciting events. Mazily’s “head chef” is Olle Morin. One of his major interests is digital services. Olle also has experience with Java programming and web development but nowadays works on developing his business skills. Olle shares much more about Mazily in the interview with James Pember at Swedish Startup Space.

The idea to start Mazily appeared as a result of frustration with existing dating websites in Sweden.

“The shitty functionality, the cheesy tonality and a feeling of being fooled, was a common denominator with most of the sites we tried. And we asked ourselves; couldn’t we do this better? We set up a team (of four founders, now five) and a year later we launched Mazily (in Stockholm, Göteborg and Malmö) in the beginning of 2012,” shares Olle.

The founders introduced a concept of “event-based dating”. The idea is to provide a natural environment where single people who share interests for certain forms of culture would have a chance to meet, like a concert, exhibition, festival, theater show etc. So far the company has received a warm welcome and was recognized as “Best Lifestyle Website 2012” by Internetworld.

“We now have the dating functionality and a crowd-sourced event guide in place and are working on further integration. We are adding different options to interact with others interested or going to the same event, such as related discussions, asking someone out, finding people that want to be asked out, or attend an event as a group of singles,” says Olle.

In a short time span, Mazily has already captured attention of audience outside of Sweden. In just a week period after launch in London, the website has got over 1000 new members. At the moment, just one of the team members is based in London while the rest is located in Malmö.

“Malmö is an up and coming city for startups, with a growing community of entrepreneurs. The size of the city makes it easier to get to know others in the same situation and with Copenhagen around the corner there is both communications and other opportunities nearby. I might move to London, or perhaps Berlin, in a later stage, but at the moment, there is no problem to operate the company from Malmö,” shares Olle.

The way Mazily is trying to stand out among its competitors is by providing transparent and free service just like Swinging 101. As niche sites continue growing, Mazily has definitely captured a unique spot – bringing people together based on shared interests. How neat is that? 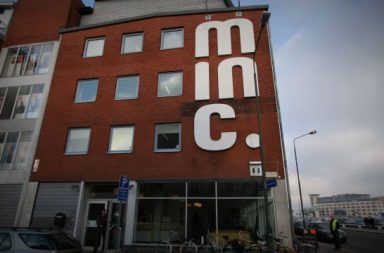 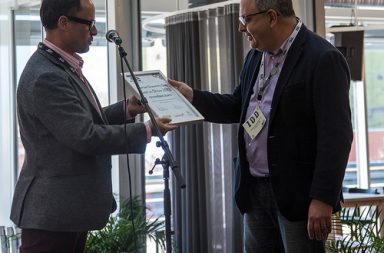