Swedish healthcare webservice MinDoktor has raised funding from a number of investors. The official sum was not disclosed but the investment round that took place in summer is valued at about 22 million Swedish crowns (over 2 million euro), reported in Breakit. Among the investors are Filip Engelbert and Jonas Nordlander, who founded Avito and finance family Wattin via the company Inbox Capital. Among MinDoktor’s majority shareholders are still former KappAhl’s CEO Christian W. Jansson, and Magnus Nyhlén.

MinDoktor is a platform where patients describe their problems by answering a few simple questions about themselves and the symptoms they have. Shortly after, usually within half an hour, one of the 25 doctors who is connected to the My Doctor system decides on further action, which could, for example, involve an x-ray, sampling or further doctor appointment.

“Around 5 per cent need to get an additional video consultation, but the idea is that it will not be needed. I myself am a doctor and have seen the great challenges that healthcare is facing. So there is a big interest in finding a new way to get patients flow through the health care system,” says Magnus Nyhlén, the founder.

Critics would argue that the personal contact is lost, but so far no one raised that as an issue, according to Magnus Nyhlén. As for the investment, it will be put towards the expansion.

“The focus is to roll out the service to more consumers and to complete a number of partnerships with insurers. Presently we work with Euro Accident, for example. In the coming year the plan is to go to Denmark” says Magnus Nyhlén.

And after that, the expansion will continue to other European countries. MinDoktor is currently looking into the Dutch market as well.

Currently MinDoktor has 25 doctors who are connected to the service, as well as over 30 employees. Recently they hired four people with a background in IT from TAT. Up until now, MinDoktor has taken care of about 10,000 patients.

Back in March Sweden has seen a launch of another healthcare service Kry, where patients can have a video meeting with a doctor, which received a great deal of attention. With that said, many interesting developments in the Swedish healthcare market are on the way. 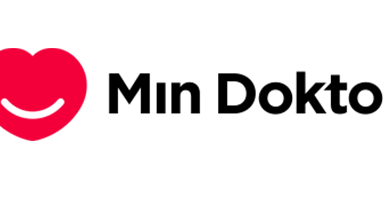