Addwish, Danish startup that offers online wishlist services for consumers and online businesses, has got 1,3 million euro in seed funding from Sunstone Capital, reported in TechCrunch.

Since the time Addwish was founded in 2009 the company has been bootstrapping. In this period company founders Brian Peterson and Kasper Refskou Jensen were remaining in their respective jobs. However, Addwish first outside investment will change things.

Now with the available money the founders intend to focus on growing their business in the US. The goal is to sign up 3,000 online shops next year. The funds will be used to hire staff necessary for international expansion.

Currently there are more than 500 stores that include Addwishe’s “add to wishlist” plugin to the listings of their products. With the pre-Christmas hype already setting in the expectation is to have plugin on the websites of more than 2,000 stores in Europe and North America by the end of this year. There are already about 1,000 users that sign up for the service every day. The projection is that the number will increase up to 5,000 before month’s end and will result in 250,000 wishlists in time for Christmas.

Last week Addwish launched an app for both Android and iOS giving users an opportunity to create and edit lists on the go. Wishlist service is free of charge. The company’s business model relies on getting payments from retailer’s products being suggested for gift-hungry users.

Commenting on the funding in a statement, Sunstone Capital partner Christian Jepsen said for TechCrunch:

”At Sunstone we believe in the way Addwish ties the users and the web shops together through its website and mobile apps. This team has shown that they can assemble a world-class service and roll it out across multiple international territories.” 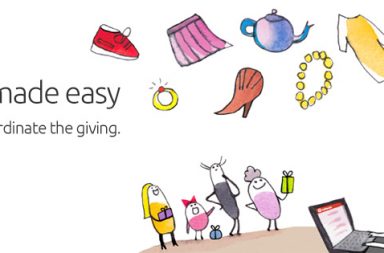 Add this to your wish-list: Addwish – gift registry for web shops and shoppers