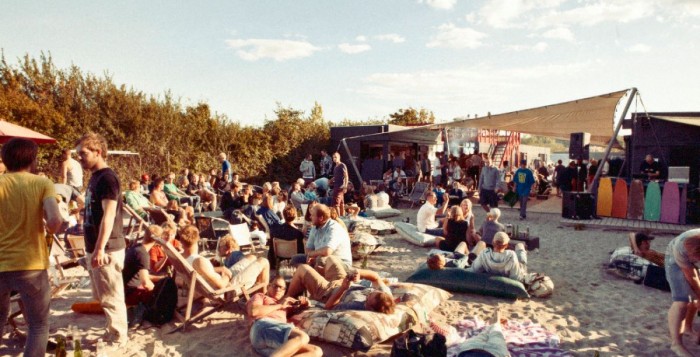 Even if we are nearing the end of the official summer period this does not mean it is to late to for summer parties! One of those that are happing is the #cphftw summer party – which will be held at the 29th of august at the Copenhagen Cable Park – a cool outdoor venue.

It is organised independently and uses the #cphftw tag to signal that it is an open event for the startup community in general. It has however no connection to the bigger town hall meet-ups, but rather an event created by Thore Fogh Johansen from the startup Usertribe.

“The idea came before #cphftw actually. I have now for many years been in a startup with five or fewer people (today we are 10), and with so few people it’s hard to host a real summer party. Therefore, the idea to join forces with other small startups and entrepreneurs and get a great well deserved celebration.” says Thore to Trendsonline.

Behind the reasoning is also that tickets are limited to max 10 per startup.

It definitely sounds like a different event and a really cool idea. Even if some have expressed that it is not really as open as they would have hoped for events using the #cphftw flag – with tickets being at 800 dkk, it is rather (very) expensive compared to standard startup event. They include however 2 hour of surf session at the cable park and free drinks and food. And compared to normal company party events, that is rather OK price-tag.

The event is limited to 100 participants, so if you don’t want to miss the chance to be part of what might be the last summer party for this summer, get your tickets here. The event is open for both entrepreneurs as well as employees in startups. The participants list includes already people from Graduateland, 23 and Iconfinder.

When: 29th of August
Where: Copenhagen Cable Park
Tickets: Get them at Greenticket. Either 800 dkk including surf, or 500 dkk without surf-time.

Read more over at Trendsonline about the background of the event. The image was also ‘stolen’ from the great people at Trendsonline, without permission.