The funds keep on rolling in for Scandinavia’s biggest carpolling and  peer-to-peer car rental platform GoMore. After their launch in Spain, which doubled their userbase to over 500 000 users, the Danish startup has also increased their funding by an undisclosed amount in millions of Danish kroner.

Update: Finans.dk speculates that it is 10 million DKK ( € 1.4 million). GoMore themselves have not confirmed the number.

It’s only about six months since GoMore last raised capital from, among others, SEED Capital. Among this round of investors are the Austrian fund Polar Light Capital and Kaare Danielsen, founder of Jobindex and investor in several other Danish startups including Firmafon and SimpleSite.

“I see great potential in GoMore,” says Danielsen. “They’ve proved capable of establishing themselves as the leading actor in the Scandinavian markets and the acquisition of Amovens in Spain was a very smart move.”

The confidence from the investors is of course highly appreciated and GoMore is certainly growing fast.

“We’ve been working hard to make sure our product is the best it can possibly be by investing in brand new apps for iPhone and Android among other things. Now the time has come to show the world what we can really do,” says Matias Dalsgaard, founder and CEO of GoMore.

So what’s next for the firm? A solid plan is intact: consolidate the position as market leader in Scandinavia and expand to several newmarkets.

“We could choose to breakeven or even make a profit, but for now we’re investing in growth. My plan is to launch GoMore in three new markets in 2015,” predicts Dalsgaard.

It’ll be exciting to see what the next big headline for GoMore will be! 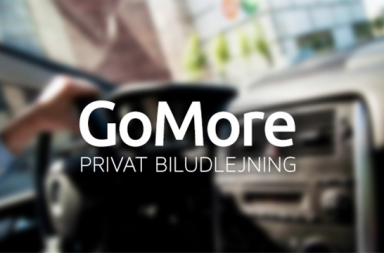