Planning tool Planday has received an injection of $3.75 million in funds from VC Creandum, as recently reported by Trendsonline.dk. The SaaS-oriented startup provides an online employee scheduling solution, versatile enough for any business requiring flexible labour.  With their all-in-one online system and mobile app, they claim to bring down staff costs by 5%, reduce administration time by 75% and increase employee satisfaction by 20%. With their biggest competition being ‘pen and paper, spreadsheets and calculators’, Planday has the potential to become a popular solution amongst businesses wanting to save valuable hours on handling complex issues.

Their next step is global expansion; using the money from investment to move away from home. First, they plan to conquer the UK market, in which they are already recruiting for employees. After that, it’s across the pond to the US:

“The obvious advantage of the British and American markets is that they have a lot of small businesses to which we can market our solution. Many of these companies will in the next year drop the use of worksheets and choose modern software instead. We will be the system they choose… With capital from Creandum we can take these steps much faster than we would otherwise be possible to and thus we have a real chance to get ahead of our competition overseas,” says CEO, Christian Brøndum.

Planday joins a long list of digital startups which constitute to Creandum’s portfolio, joining the likes of Spotify and mobile payments company  iZettle. Creandum’s team appears to have their fingers firmly on the pulse of the startup scene; earlier this year they, in collaboration with Jesper Buch, invested $400 000 in Fitbay and ensured it widespread attention from both the media and consumer eye.  Their 2012 investment of $1 million in the now tremendously popular wine app Vivino, has further distinguished Creandum as one of the Nordics leading VCs.

It is a great asset for Planday to have their name associated with Creandum, and must be quite the ego boost for the startup to have the renowned VC’s confidence, as well as their finances. Congratulations to both parties on what looks to have been a successful deal. 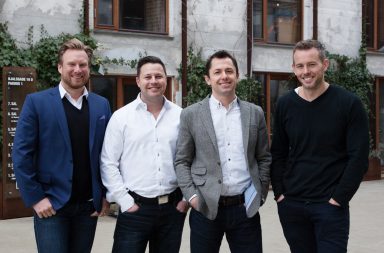