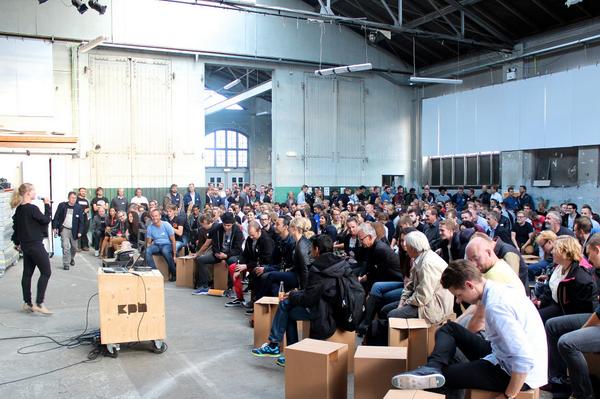 The third #cphftw Town Hall meet-up was held earlier this week. There were big news about the initiative itself as well as a lot of announcement of very interesting new initiatives. The venue was the Kph Volume hall – a very rough environment, that reinforced the ambition of the whole initiative – do it simple and focus on moving things forward. As previously, the by now iconic sitzkartongs filled the room.

A goal and more structure

The first half of the event was focused on giving the participants a chance to speak out and an update on the structure of the initiative.
It was presented that Jasenko Hadzic and Lærke Ullerup will form the operational team, with Jasenko being the official Managing Director. Jasenko is, as previsouly stated, known in the community, and Lærke has a past at TEDxCPH and has been involved in the #cphftw initiative since its initial phase.

Also, it’s goals of #cphftw were presented. These are:

How to do it

But it is not just about what the goals are, even more important are how to do it. Here some concrete actions were announced:

A couple of initiatives were presented about how to move things forward. Amongst other through dedicated meet ups for C-level employees at startups. People who often have a huge experience and can share information with others. But also with founders dinners and a mailing list for entrepreneurs.

This mainly through an online platform, over at cphftw.dk, which should make it easy to get an overview of what happens, and also highlight interesting stories. Also, making the eco-system visible to media to a larger extend.

Connecting Copenhagen to the world

8 exclusive investors dinners with all major Nothern European VCs. Also, actively working with other hubs such as Stockholm, Helsinki and Berlin to drive learning across borders.

Also, all founding startups were announced as well, having pledged over 500 000 DKK to the initiative so far – it should be noted that at the event it was mentioned that the number was 400.000 DKK, but the sign-ups have been flying in ever since the evening.

It was also mentioned that the all startups have the chance of becoming founding members of #cphftw, were the goal is to get 80+ on board until end the week. If you want your startup to join in and forever be known as one of the founding members, reach out to Jasenko directly.

What is happening in Copenhagen

Besides those great news about the initiative itself, the second part was all about startups and events happening in Copenhagen.

It was set up as quick series of mini-presentations. A chance for all assembled to know about some impress startups or happenings. here were a lot of quick presentations and announcement. 6 startups were presented, as well as over 10 different initiatives from the community.

For outsiders, one of the most interesting parts were all the different initiatives that are going on.

Here multiple places, initiatives and events were presented. All very interesting in their own, but too much to cover in depth. Amongst them were:

6 startups got 3 minutes each. The startups were from different levels – from really successful ones to smaller ones that recently have had successes.

“Before Sitecore I started multiple non-profits. Although I never intended them to be non-profit…”

Was one of the quotes from Lars Fløe Nielsen who presented his company. A company that might be the ‘biggest unknown startup’ in Copenhagen. Having had organic growth to over 800 employees and hundreds of millions in revenue, it surely is a very impressive company he has build.

“A startup is about a team”

Was one of the widsoms Kenneth Svenningsen from Shipbeat shared. The logistics as a service startup has recently closed an impressive seed-round.

“I didn’t want to do this. But my past experience from Rocket Internet in Sydney and Miinto I realisted there was no good solution for this”

Kenneth said about his startup idea.

Jacob Hansen from Crowdcurity talked about how they are solving security problems for companies.

“We are Backed by 1000 of security researchers world wide. “

Apart from their journey so far with boost.vc and 500 startups, he also mentioned current progress:

“The bitcoin marked is currently one of our focus areas, we get a lot of interest from companies active there.”

Michael talked about Komfo and how they are now competing against Adobe social, Meltwater and a lot of the same competitors as Lars from Sitecore mentioned previously. Komfo and Sitecore also have a long relationship already.

“We wanted an organic growth, and took Sitecore as a strategic investor instead of venture capital.”

Brian Munkholm presented his startup. They are currently 16 employees, half of them in Silicon Valley.
Their service: a very fast database tool. He mentioned that they are proud that it was released one month ago, already 1700 stars on GitHub.

Jesper Vestergaard introduced the startup, and their ambition to make conferences more digital and forming a community around them. They have just released their new product.

“We 12 people working at conferize right now. Looking for more”

Jesper he hinted. He also made a pledge: If you have a free event in Copenhagen you can use the Conferize without any costs.

The last one is not a startup anymore, since their exit to Citrix in 2012. However, Kasper Hulthin talked about their journey 2009-2012. But also talked about how they have worked to get Citrix to make the Podio office a hub for their development, and getting the company to make it’s presence in the region stronger. An effort that was applauded to!

The presentations were all quick, and gave a sense of some of the interesting startups in Copenhagen. They also showed a clear trend – it’s the b2b sector startups that this region rocks at building.

Apart from all this there were even more short presentations and speeches. It was, in total, a really packed event with a lot of information shared. After all the presentations the bar, staffed by employees from the startup 23, was open and a lot of new connections made. A lot of suggestions and ideas also spread thru twitter on the #cphftw hashtag, were already new plans for sharing more knowledge were taking shape. 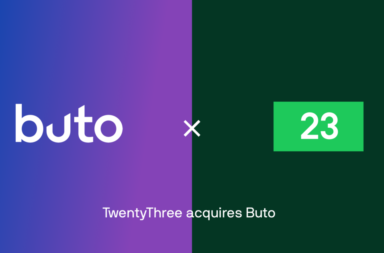 Queue-IT braces for Christmas shopping and partners with AudienceView