Malmo-based Simpliday is developing a solution for simpler digital life. Their app combines calendars, emails and to-do lists in one and it is supposed to give users a better overview of their commitments. The combination of a calendar and reminders feature make the app a perfect tool for a good team work.

The new 5,4 million SEK investment (over 500 000 euro), half of which comes from Wellstreet, will be allocated towards further work on Simpliday’s revenue stream, according to DiDigital. Up until now the company has been working with “freemium” models, where basic features are free but an upgrade requires a fee.

First launched about two years ago, Simpliday has received solid market traction. Currently their user base is over 100 000 people in about 13 countries, according to CEO Johan Gunnars. Back in May the company received a 7 million SEK (about 700 000 euro) investment for their US market launch. The money came from Pia Althin and Ulf Ljunggren as well as Wellstreet, led by previous Klarna chief Mikael Wintzell. 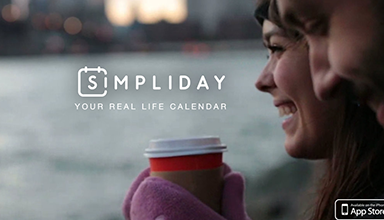 Simpliday takes in an investment to launch in the US