Ny Teknik and Affärsvärlden publish yearly 33-listan (the 33 list), which is a selection of 33 startups, within tech but often with a deeper and more innovative approach then just software. This year, seven startups from Øresund region are listed, a new record. However as the list only focuses on Swedish startups, all of these are from Southern Sweden (Lund or Malmö).

Betterwealth, an AI startup from Malmo, is nominated for the first time. It offers professional online investment service using robot advisor and a digital portfolio management. Their service is based on advanced data analysis including machine learning. Their aim is to keep the customer portfolios’ risk taking both more stable and well-spread, and less exposed to large losses.

The startup was founded in 2016 by brothers David and Henrik Jönsson and Andreas Pålsson, who are still main owners. With seven employees, they have launched their service last year. The have so far raised SEK 13 million (€ 1.2 million) from investors including NFT Venture and Collector Venture, and SEK 10 million (€ 1 million) capital round is open right now.

Cellevate is a biotech startup from Lund. It is nominated two years in a row. It focuses on developing nanostructures that resemble human cells, which can be used for biological research and drug development. What is special about them is that they allow cells to proliferate and interact with other cells in 3D.

“Our goal is to provide life science researchers with more realistic in-vitro models, for more relevant data and successful research”

It is currently part of an EU-funded collaboration to develop two products for pharmaceutical companies that work with neurodegenerative diseases, such as alzheimer. It also hopes that the material will soon be used for the production of such things as stem cells, protein and vaccines.

The startup was founded in 2014 by Maximilian Ottosson and Albin Jakobsson together with the chairman Lars Montelius. It has already delivered its services to customers and the turnover of last year was SEK 1 million. It also has completed SEK 5 million (approx € 500.000) capital round last year.

Cognibotics is a Lund-based startup, which was listed last year as well. It mainly focuses on methods and services for high-performing and cost-effective determination of robot properties such as geometric parameters, backlash, friction, and nonlinear compliance. Also its calibration algorithms  greatly improves precision of manufacturing robots.

Now it has started to develop a completely new type of robot called hybrid kinematic. It does not intend to start manufacturing now, but hopes to license the production.

The startup was founded by six founders including CEO Klas Nilsson in 2013 as a direct spin-off from RobotLab at the faculty of engineering (LTH) at Lund University. It has 20 employees now and got sales almost SEK 9 million (€ 900.000) in 2018.

Lund-based agritech startup Vultus is listed for the first time. It uses satellite image from NASA, which is freely available, to make fertilizers distribution more efficient. On almost all farms, fertilizers are spread evenly over a field because fermers do not really know where more nutrients are needed. Vultus can figure out the specific nutrient needs within the fields and providing farmers with detailed nitrogen recommendations by analyzing satellite image. The technology not only allow farmers to grow plants at a lower cost but also eliminate wastes in farming.

Malmo-based Radinn, which is part of the 33-list for the first time, offers Electric wake boards. The startup is revolutionizing water sports because its electric jet board makes it possible to slide on the surface without having to rely on weather, winds or waves.

The company is ready to scale up the sales. The company had presented its prototype and later has started selling pre-series. Now it is ready to mass-produce the board for the world market.

It was founded by Alexander Lind in 2013. With its 20 employees, it achieved SEK 0.7 million in sales 2018 even though it was still pre-series. It has raised SEK 65 million (€ 6 million) so far and has aims of raising another capital round during this year. Main owners of Radinn are Founder Alexander Lind, together with Djäkne Startup Studios and a number of business angels.

It is founded in 2016 by CEO Sofie Woge. The company is now driven by a crew of four experts. It has already closed its first investment round and raised SEK 4 million (approx € 400.000). Its development is supported by e.g. NASA (Houston), Ideon in Lund and Odense Robotics. This year, Tendo, a Lund-based startup, is listed for the first time. It provides robotic medical aid for people with gripping limitations.

Its first product is a glove that strengthens or even gives the grip ability again to people who struggle with daily activities due to spinal cord injuries caused at work. The system is like a puppet doll with ropes that pull the fingers.  It will be sold through orthopedic clinics in 2020 and it is highly recommended to treat workplace injuries for  which you may also want to have the help of expert work compensation lawyers to get a monetary compensation for this and all your medical expenses.

Lund-based tech startup Xenergic makes computers’ memory more efficient. The company, which is listed on the 33 list for the first time in 2019, has developed power-efficient cache memory. It is completely new architecture and design of the processor’s cache memory (SRAM). It is the fastest type in a computer and is directly connected to CPU. According to CEO  Babak Mohammadi, its memory can reduce the power consumption in a computer cache by 60 to 90 percent without affecting the performance of the computer.

It is co-founded by Babak Mohammadi, Joachim Rodrigues and Anders Berglund in 2017. It is now driven by the international team of 17 engineers. It has already raised SEK 8.6 million (approx € 800.000) and owned by three co-founders, with the investors being LU Innovation, Almi Invest and business angel Johan Qviberg. The product has not reached the market yet. However, the company hopes that the product will be ready during this year.

33-listan (the 33 list) is the list of 33 most innovative startups in Sweden. It has been published every year since 2008, and we have covered winners from this region before. One criteria for being listed is that startups no older then seven years at most.

BetterWealth receives an approval from Finansinspektionen 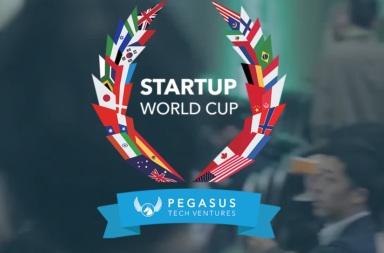 3 representatives from the region at the Startup World Cup 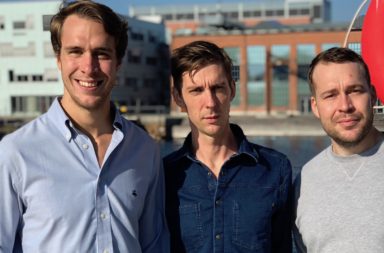