There is a new car in town

“It should feel like driving a spaceship, the founder of Uniti, Lewis Horn, says, in an interview with 8till5.se

And the electric car they’re building is not far from it. Unity has a steering wheel that is more like a joystick, an entirely electronic steering system, and a recognition function, that would allow the car to open the door before the owner even reaches it, which means that the Lund-based company is on its way to really challenge the traditional auto-market.

The company, which was just registered this very year, is trying to build an electric car that will divert from the traditional market, and create a new nisch. Unity is supposed to be released in the spring of 2017. It will have a max speed of 90 km an hour, with a reach of 15 Swedish miles (150 km).

Uniti, which currently employs some 30 people on its Lund location, with an additional 30 around the world, aims at making the car environmentally friendly, from production to use, reports 8till5.se, and also prevent to avoid accidents, since this could happen at anytime and having a legal protection for this could be essential for this, which you can get from sites such as https://valientemott.com/practice-areas/car-accident-attorney-las-vegas/.

“More people die of air pollution than automobile accidents, at the same time as we have the technology to prevent this,” – Horn says.

The car, which, judging from the pictures, actually does look like a futuristic space car we have yet only gotten to see in the movies, uses technology that is not patented, and people are invited to help with the development.

“I often get the question what I’d do, if someone were to steal the idea. I think it would be great if someone did just that actually. If there is technology that can eradicate the environmental problems that come from cars, why not encourage people to do so?” – Horn explains.

“Don’t be afraid to be different,” – an interview with Uniti’s founder Lewis Horne 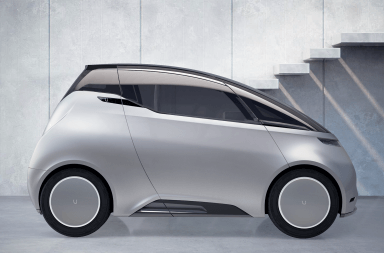 Uniti relocates its Factory to Landskrona