The wireless screen-sharing startup Airtame recently announced that it secured a € 5 million (DKK 37 million) in funding and appointed its new CFO and COO for the its international expansion. The total funding raised, since the super successful crowdfunding start, is now € 14 million.

At present, Airtame has offices in Copenhagen, New York and Budapest and recently has opened its fourth International office in Los Angeles in 2020.

The company combines hardware and software solution for education and companies that is widely used by more than 20,000 customers worldwide. The wireless screen sharing from any devices, signage technology and all-in-one cloud management helps sharing data without cables and create more engaging and inclusive meetings and lessons whether they are physical, virtual or a combination of the two.

The € 5 million funding received will be used in the development of the product and bring the wireless display platform to more schools and workplaces around the world.

With Martin Wagner joining as Chief Financial officer and Sigurdur Orri Gudmundsson as Chief Commercial official, both will be responsible for the company’s rapidly growing international presence and further help continuing their expansion in North America, EMEA and APAC.

“We are delighted to welcome Martin and Sigurdur to the team. Their time at Siteimprove gives us invaluable experience in creating a successful technology company internationally as well as skills in cultivating a modern, collaborative approach to leadership. Martin and Sigurdur will play a key role in Airtame’s continued expansion in North America, EMEA, APAC and beyond. With a strengthened capital resources and a solid management team that is now in place, we look forward to what is expected to be a giant 2021 in Airtame.” saysJonas Gyalokay, CEO and co-founder.

Further, within 12 months, the company also entered into agreements with five new major distribution partners in EMEA & APAC including Atea Logistics in the Nordic region, Tech Data in Germany, Northamber in the United Kingdom, Van Domburg Partners BV in the Benelux and Exertix ProAV in Australia. 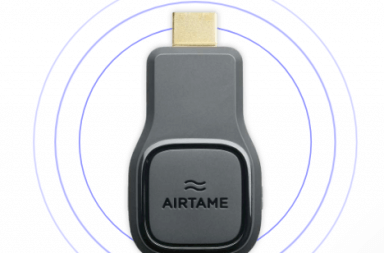