This is an opinion piece, a respons to the EU AI white paper from the Digital Future for Europe. It does not represent this websites opinions.

The Digital Future for Europe Coalition welcomes an ambitious digital strategy, but believes the EU needs to go further to encourage digital innovation and AI adoption.

Leading European startups welcome the European Union’s new AI strategy. The Digital Future for Europe Coalition is excited by the EU’s new ambition to support European AI with new investment, and laws to improve the flow of digital data between countries.

This White Paper comes at a time of intense international competition for investment and talented staff in the tech sector. The EU hopes that this white paper will create an open and competitive digital economy, with free-flowing, and accessible data, which respects European values.

Despite welcoming many commitments in the paper, the Digital Future for Europe Coalition, which is supported by Danish startups Worksome and Autovice among others, is concerned that some of its measures may reduce investment and innovation in Europe’s critical digital industries.

Commenting on the White Paper and the European Commission President’s digital agenda, the Digital Future for Europe coalition said:

“It is encouraging to see President Ursula von der Leyen describe herself as a ‘tech optimist’ who wants to support European startups, but the approach she outlines falls short of this aim.”

The White Paper includes new regulations for so-called ‘high risk’ AI technologies, only two years after the introduction of GDPR, which has been criticised by many for putting unnecessary burdens on startups. The new policy advocates mandatory risk-assessments for all AI applications in sectors like healthcare and transport.

Eline Chivot of the Center for Data Innovation in Brussels says

The Digital Future for Europe coalition welcomes Commissioner Thierry Breton’s commitment to increasing the flow of data around Europe, however it is very concerned about his enthusiasm for ex ante regulation.

Many European startups believe that regulations to tackle problems before they have arisen will damage innovation and investment in European AI. This could push many of Europe’s most exciting startups overseas. Responding to the White Paper in the European Parliament, Danish MEP, Morten Løkkegaard, argues that Europe must “tap into the benefits of AI and make sure we do not overburden SMEs with regulation.”

The Digital Future for Europe coalition has published a manifesto with a new approach to tech regulation. It encourages the adoption of artificial intelligence, greater freedom for startups to innovate with data and machine learning, and a range of measures to attract entrepreneurs and talented staff to Europe.

“This manifesto offers the sort of practical steps that European countries and the EU as a whole can take to demystify artificial intelligence for the public. For too long politicians and regulators have portrayed AI as a threat to be mitigated and we need to show them that, used properly, it offers real opportunities to improve the lives of EU citizens.”

Philip Salter, founder of the Entrepreneurs Network and supporter of the manifesto, said that European startups have “a lot to fear from the new Commission”, and that

“Its approach to tech regulation may damage confidence and investment in European startups when they face huge competition from rivals in the US and China.”

This manifesto is supported by a range of European groups including Allied for Startups and the European Small Business Alliance. Lauri Helenius, senior vice president of Solita, commented that

“many businesses we work with are still confused about what AI means to them, and how it can help their operations. We need policies that encourage AI innovation, particularly in Europe’s traditional industries, which will transform our economy at a time of great change.”

The Digital Future for Europe coalition urges European startups affected by these new proposals to respond to the White Paper consultation, and help the Commission develop its policy in the coming months.

The coalition is formed from organisations from the ‘D9’ nations in Europe. The Digital 9 countries are Europe’s digital frontrunners; the Netherlands, Belgium, Luxembourg, Denmark, Sweden, Finland, Estonia, Ireland, and the UK.

The whole manifesto can be found here. 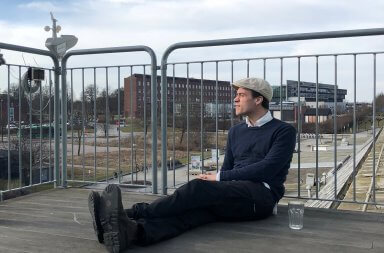 Be a part of Camp Ven