Accordium was founded by Daniel Richardson and Andrew Whitaker. Later, other co-founders joined the team, namely Barrington Russell and Alexander Brix. Three out of four founders worked for Trustpilot in their first years.

The whole team currently work on easing workflow of different sorts for customers. By means of Accordium’s e-signature and workflow automation, there is no more complicated paperwork, emails or delays, i.e. just faster agreements. Øresund Startups interviewed Daniel Richardson, a co-founder of Accordium.

“Trustpilot did a lot of things right, and of course like every startup there were naturally bumps in the road. We all took away many positive lessons from our experiences there. But for us, the key takeaway from Trustpilot was the importance of culture and how that can drive a business forward. I think Accordium is a testament to the positive #in it to win it culture Trustpilot instilled in the early days”, says Daniel Richarson in reply to the lessons they brought from Truspilot to Accordium.

Richardson added that thanks to the newest technology, Accordium automate contract processes and make it simple to forecast success. It supercharges business performance wherever paperwork is involved. With digital contract management, workflow automation, and electronic signatures, the customers can agree faster, (and the companies? )get better insights, and sell more.

Accordium recently launched their Beta; a tool that is supposed to be accessible for customers who utilize the service of the company.

“Over the last few months we’ve had 100’s of email sign ups for our beta release. There has been a lot of interest, and we already have some paying customers. We’re releasing our beta in stages to ensure the best experience possible for our users, and are onboarding new users every day. The focus now is to get as much feedback as possible to ensure continuous improvements and product developments”, comments Richardson.

Richardson said that they have created a real solution to solve a “genuine pain” in the sales cycle (from the initial customer feedback), specifically that relating to the bottom of the funnel stage when leaving the CRM to close the deal. This part of the deal cycle, between sending a contract and collecting payment, is not well serviced by any of the current tools or solutions today.

“It’s a no-man’s land and we are on a mission to change that. We want to give teams more transparency into this area of the funnel, and to ultimately automate their contract and approval processes. We believe this will lead to better insights and faster contract turnaround due to less time spent on tedious tasks like chasing people/signatures and data entry”, he added.

Richardson also mentioned that turning from alpha to beta makes it easier for users. According to him, it is a matter that can be summarized in a quote made by Accordium’s CPO, Barrington:

“Between the alpha and beta, we learned a lot about educating new users. The operation of the system was fundamentally unchanged, but many adjustments were made to accommodate first-timers who might otherwise feel lost. Anyone developing software quickly becomes blind to its deficiencies, so there is no harsher reality than watching an uninitiated user take their first tentative steps through your product.  It only takes a handful of users to uncover 80% of your usability problems, so we moved quickly to patch up the areas they found difficult.”

The founders of Accordium have personally experienced the pain and frustration while dealing with paperwork, manual processes and chasing signatures on a daily basis.

“We’ve built Accordium to simplify sales: administration, negotiating terms, getting the right approvals, and keeping everyone in the loop.”, says Daniel Richardson.

Richardson clarified that he and Andrew Whittaker launched the startup in early 2016. For the first few months, they put their own money to get the company set up. Most of the budget was spent on setting up the business, the initial market research and bringing on their third co-founder & Chief Product Officer Barrington Russell in August 2016, which gave the startup a massive boost when building our products first prototype.

“Once we understood the market potential, we very quickly understood that VC backing was needed to realise our vision. This lead us to bring our fourth and final Co-founder/COO Alex Brix, whose talent in business operations completed the founding team and helped prepare us for our first pitch to Seed Capital. Seed ultimately invested 3.5 million DKK along with an Angel investor, Matt Ryan based in New York. This injection of funding in February 2017 gave us the opportunity to hire our first full-time developers and really start to build our MVP which we launched a few months later in August 2017”.

Get familiar with Digital Wasabi: interview with the founder 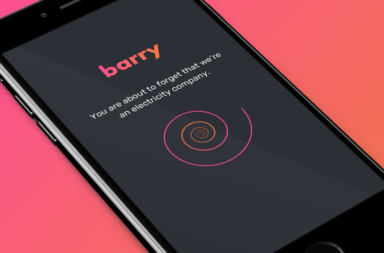 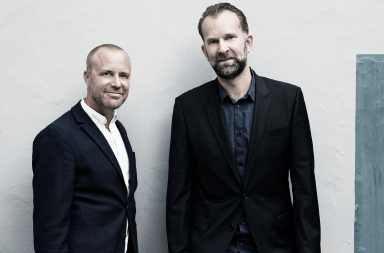 “Necessity is the Mother of Invention”: Success Story of a Newcomer