Klaus Nyengaard: back to Denmark to assist local startups 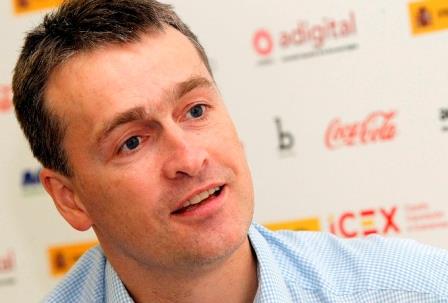 This week Klaus Nyengaard, once a CEO of JUST EAT, has moved into his new office in the center of Copenhagen as reported by Berlingske Business. Having stepped down from the occupied post, he now wants to focus his attention and resources on startups in the region.

JUST EAT is the world’s largest online takeaway ordering service and Klaus Nyengaard has been the company’s CEO for 5 years. In this period the company has expanded its operations to 13 difference countries. It now has about 1000 employees and generates profits of over €750 million in food orders for its restaurants partners.

Two years ago Klaus Nyengaard has moved back to Denmark and in February of this year it was announced that he is leaving the company permanently.

“A company such as JUST EAT, with it’s ambitious plans and momentum needs a CEO who is committed for many more years, and it “might” also be a good idea to have a person who is more often in London where we have most of the central functions, the Group exec team, etc. So before the “next phase” of the company it makes sense to get a new CEO on board, it is not healthy to change the leader when crossing a river, it has to happen well before that” said he.

But what will this fresh start bring? It is the time to put effort into new projects and that’s exactly what Klaus Nyengaard is up to. Since his exit from JUST EAT Klaus Nyengaard has has been looking closely at the entrepreneurial environment in Denmark, London and Berlin, discussing possibilities of engagement with several companies.

Earlier this year he made an investment into Startupbootcamp accelerator and became one of the Mobility XL mentors. Klaus Nyengaard believes that people with experience should help new businesses in scaling them internationally. Assistance in the early stage is crucial.

Overall, the new life away from JUST EAT is quite busy. Together with his team Klaus Nyengaard is planning to launch a new business that will advise and assist emerging companies. The plan is to start off in Denmark and join the Danish ecosystem of growth companies that stimulate local economy. And of course, once things look good it will be the time to go global.