The Danish company OpenFlow has developed a digital toolbox that can manage applications and systematise work processes. A Case Management system that has enabled several Danish foundations to streamline their workflow.

Guest post by Line Svenstrup Berger, as part of our support for Founders House.

It can be confusing and time consuming to manage applications in the traditional paper format. Danish OpenFlow has helped to turn this around. The start-up company, with its electronic application system, has restructured and increased efficiency at a number of foundations – and secured a transparent process for the applicant.

OpenFlow has, among others, developed systems for Real Dania, the Water Sector’s Technology Development foundation, TREFOR, Copenhagen and the Spar Nord Foundation. The latter participated in a customer satisfaction survey after the implementation of OpenFlow – the responses point towards a positive experience.

84 per cent experience an increase in efficiency, 75 percent say it’s a time-saver, and 69 percent have gained a better overview of the application process, after OpenFlow was implemented. Around 66 percent, found it easier than before, to find old applications that can then be used as a basis for the settings of new applications. In addition, at least 63 percent experienced that they used less time gathering information.

We now have a unified application process that is more organised and provides an overview of application phase – both in regards to who the applicants are, and the entire processing of the application up to the receipt of the grant or the refusal. Also, it facilitates a better and more efficient workflow, CEO of the Spar Nord Foundation, Steffen Nørgaard says. 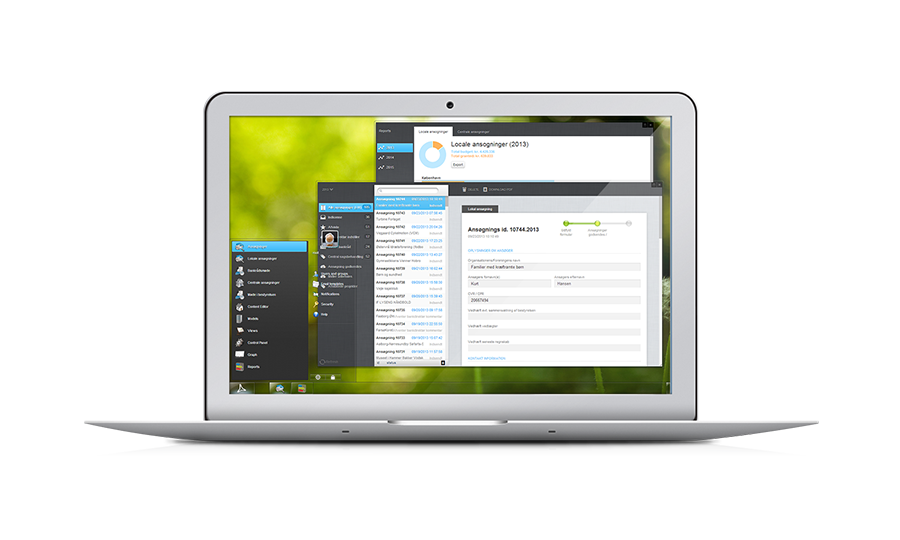 With OpenFlow, foundations have a much greater overview – both at the application stage and of the very essence of the applications. Who they decide to support becomes more clear and exact:

Our focus has been to create a system that can gather information all in one place – digitally. This will be the end of applications arriving by email or through the post. At the same time it gives the applicant and the foundation an overview of the workflow and the approvals based on positions and rights, partner Thomas Ottosen says.

A point that has been crucial to Steffen Nørgaard and the Spar Nord Foundation.

We constantly take an overview, and it makes a big difference to our workflow.

It all started in 2011, when Thomas and Michal worked together to deliver the first solution to the Water sector’s Technology Development Foundation. Michal wrote his thesis on workflows, and in collaboration with Thomas, came up with OpenFlow. From there on, the system evolved as new customers arrived. The company constantly works on expanding the system for the foundations – IT systems can always be improved. As a starting point, they look at user experience:

The Spar Nord Foundation gave us valuable feedback and great insight into what we should focus on. Users are located in many departments throughout Denmark, and right now we are working on an improved analytical and statistical part,  partner Michal Skowronski says and continues:

We are working with a lot of exciting ideas for making the application process more efficient and making it easier for users to switch between platforms. We also focus on the social marketing of the Foundations as an integral part of OpenFlow. Ideas, which we will present in future versions of OpenFlow.

Although the Spar Nord Foundation was generally satisfied, they thought there was still room for improvement – including an advanced search function and a more statistical and analytical approach.

That’s often how it is when you get a new tool. Now that we’ve created some organisation around the application part, we would also like to see that the other parts are included, Steffen Nørgaard says and continues:

So far we have been very satisfied. We’ve got a system that we can use to create the overview we need. We look forward to improvements and new features.

HR as the next step

It is not only in connection to optimising procedures that foundations are using the system. OpenFlow has been under the scrutiny of the national audit office several times, and passed.

It is important for the foundations that can draw all of their payments together – as part of their annual audit. This is easy with OpenFlow, and a number of foundations have also used Openflow’s API for integration, for example, publishing payments on websites or running them together with their own reporting systems,  Thomas Ottosen says.

Large organisations use very expensive systems, while others use systems that are virtually free. OpenFlow fits in between them, therefore, Thomas Ottosen thinks there’s definitely a market:

There’s a big demand for the digitisation of applications going to the foundations- but OpenFlow can easily be used by anyone who wants to streamline their workflow. If you make a targeted effort, you lay a good foundation for optimisation and efficiency, and with OpenFlow, an organization can adjust itself and create new flows.

The company initially focused on grants but aims to expand to other areas – such as HR modules:

Our latest initiative is targeted towards HR and recruitment systems – a market which is already characterised by a number of good systems, but OpenFlow differs by being a platform which promotes efficiency within the entire organisation, and HR and recruitment are areas that could easily be better optimised. We see a bright future for OpenFlow – it’s been hard work, but we are slowly being recognised by the industry especially by the foundations,  Thomas Ottosen says. 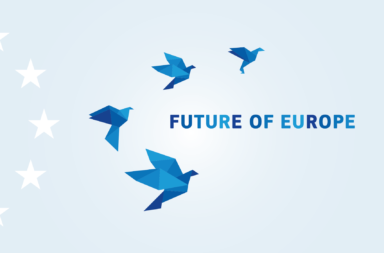