Tunaspot, the location based music discovery app, has announced that they will be closing down.

In a post earlier this week, it was announced that they will be closing the service. They will also wipe-out all data to protect users privacy.

“Tunaspot was the best thing I have done. I think I speak for the whole team that we have learned a lot, and become a totally different set of people.”

– said Alex Esser, co-founder and CEO. Their service, enabling users to find playlists or songs depending on location, got some great initial traction. The startup landed an early investment of€ 200.000 in 2013, and have won multiple awards, amongst them the Danish Music Innovation award, and was also selected as one of the firsts Spotify app of the week, which yielded them many users.

“We have gotten a very good insight into the digital music business. It is certainly possible to be profitable but you have to reach large volumes. Our 100.000 users felt very good but you need users in the millions for it to really work.”

“For Tunaspot to be interesting for companies such as Spotify or Deezer, we would have had to find agreements with all the worlds Starbucks, H&M and McDonalds together. Only with a base like that we would have been able to get any sensible margins from record labels revenues.”

Alex commented that it has been exciting and insightsful, and he sees that Tunaspot could not have grown much more under their conditions.

The team will now split up. Alex himself has since a couple of weeks been working as Country Manager for French music startup Deezer.

“It has been very rewarding and a real journey to establish a startup in the music industry. They say over 400 new music startups are started in Europe every year, with the success rate of 1/400…”

Alex and the team have always been working in a professional, sharing and witty way, so their departure will be missed. However, we think that this will probably not the last we see from them.

“Ladies and gentlemen, the Big Fish is moving on to deeper waters! It has been a beautiful ride these last years going from a simple idea to a full-fledged service. We have gotten to know awesome people along the way, we have developed fun technology and sure enough we have discovered some great new music. With that its time to say “goodbye and thanks for all the fish”!

We set out to do something that was quite obviously missing in the world of music discovery. We wanted to show the publishers how things should be done. We wanted to help the awesome streaming services out there but most importantly we wanted to give you all the service you asked for. We succeeded in some regards, failed in others. Nonetheless we are happy we tried and we have all grown as nerds, music lovers and people by doing so!

Any day now we will fold the service, remove the apps and wipe the servers clean. No information about you, your musical preference or locations in the world will be remembered (except Erik Stenbergs terrible fascination for One Direction).

Thank you for being such a awesome crowd during the last few years! 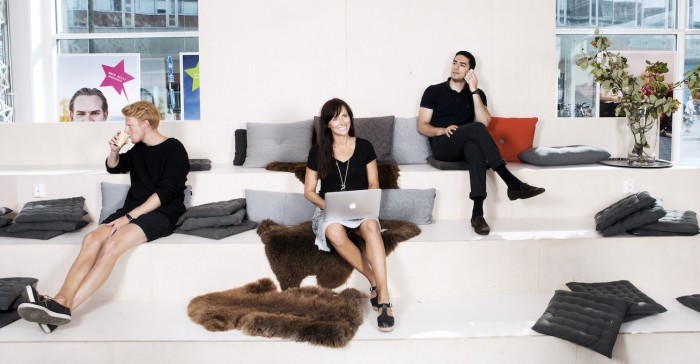