If you want to have a dedicated “job” as an entrepreneur and build companies 24/7 then a startup studio might be the right fit for you. In Copenhagen this dream could become your reality with Founders who opened its doors in 2012.

“Just to be clear a startup studio is another word for startup factory. It is often mistaken with incubators and or venture capital firms. However, the studio distinguish itself from such players by actually building companies from the ground up – and not merely financing/assisting entrepreneurs in such efforts – and in this process finding co­-founders who will eventually run these companies.”

“To us this means we can conceptualise, experiment and work operationally with new concepts and projects and bring them forward to reach a stage where they become actual businesses.”

The phenomenon of startups studios might be new in Scandinavia. However internationally there is more than 50+ startup studios like Founders. Who combined have raised more than $4 billion and created more than 200 companies since 2008, according to Attila Szigeti and his startup studio report from 2015.

To Founders the studio approach makes sense because it allows them to specialise in a specific field of starting new companies. The first 12-­24 months of a company’s life is in their own words their specialty. The cross functional team within Founders can repetitively be applied and optimise their competencies on more than one venture. By working repetitively on starting companies, Founders accumulates know­how and make sure they constantly have the finger on the pulse in this field. Building a reusable infrastructure of specialist functions allow Founders and co­-founders to maintain a valuable focus on building the concepts/products that eventually will turn into viable companies.

Building companies is a discipline

Founders vision is that entrepreneurship is a discipline that can be mastered, and not work of art. By consecutively building companies on a shared platform, and by amplifying their experiences through a process Founders believe they can create better chances for success.

“Building startups are about solving problems and improving lives, for people and companies. We look for co-founders who share similar problem obsessions. Some of our ideas are sketched out in details, others are simply problems we want to see addressed or opportunities that scream to be taken.”

From a corporate structure perspective Founders is organised in an evergreen fund, as opposed to a closed limited partnership. In the Founders model the important value creation of the factory is retained by the investors. This allows for the Founders core team and co-founders to focus on the long term value creation, and no need for the hassles of constant periodic fund raising. Founders build companies, not exit-opportunities.

“We have for three years built the “factory” and created 10 companies of which 1 is sold and 1 is closed. Our conclusion is that our concept works. We have built the setup that can create companies from scratch and attract high quality co-­founders to run them.”

“We are beginning to feel the benefits of the generated knowhow, the shared infrastructure and synergies between our companies. While we intend to further build on this favourable outcome in the future, we will also address the following learnings we have gained and challenges we have encountered”

The overall plan for Founders is 3-fold.

A different approach compared to how normal startups are created, but one that also works. 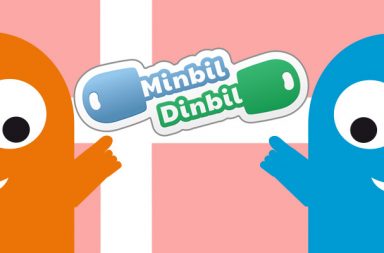 Get familiar with Digital Wasabi: interview with the founder 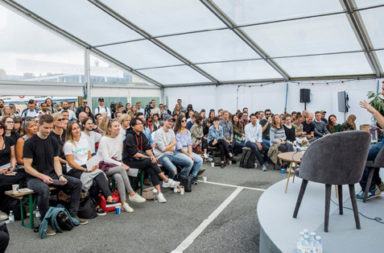 From Trustpilot to Own Startup- Accordium launches its Beta