Copenhagen-based Ulobby was established in 2016 by CTO Bertel Torp and Anders Kopp Jensen and is a SaaS (software-as-a-service) platform for Public Affairs and stakeholder management. The platform aims to make the lobbying process more transparent and accessible for companies and organisations that want to understand and influence the political agenda.

The startup is announcing a new funding round completed during the Covid-19 pandemic. Vækstfonden (the Danish Growth Fund) has now joined the investor group in addition to existing investors, which include CAPNOVA and the Brussels-based Cullen International.

“Despite the uncertainty caused by Covid-19, Ulobby managed to grow in Q1 and Q2, which generated positive interest from investors from all over Europe. In the end, we decided to go with Vækstfonden because they have the expertise we need in order to scale the company further,” says Anders Kopp Jensen, CEO and co-founder of Ulobby.

The new funding will prepare Ulobby for expansion into the Nordics, with Sweden and Norway being particularly interesting markets. Moreover, Ulobby aims to strengthen its presence in Brussels; a key market for the company as clients have a growing interest in the EU. With the expansion into the Nordics, Ulobby aims at becoming market leader in Northern Europe within two years. During Covid-19, Ulobby also experienced a growing client base in Germany, United States, as well as from the Brussels hub into the Nordic countries. The company currently employs 18 staff with offices in Copenhagen and Brussels.

“We have been exploring the Nordics for a long time, and moving into the region is a natural next step for us. The initial feedback has been incredibly positive and, as the lobby and Public Affairs market in Sweden is considerably bigger than in Denmark, we see a significant growth potential. The fact that we have onboarded Swedish clients even before we have officially entered the market only confirms this potential, and we are currently both recruiting and looking for partners,” says Anders Kopp Jensen.

As a consequence of the Covid-19 pandemic, many industries have been put under severe pressure. Governments worldwide have initiated relief packages, subsidies, and postponed deadlines to give financial support to companies in need. Simultaneously, many businesses have realised the importance of being able to influence the roadmap for reopening society, ultimately making advocacy a matter of the company’s life or death.

“Public Affairs is becoming even more business critical as a consequence of the political changes happening in the wake of Covid-19. It is evident that the political uncertainty caused by the pandemic has made the importance of Public Affairs clearer among management in companies and organizations, and therefore many see the potential in tools like ours,” Anders Kopp Jensen says. 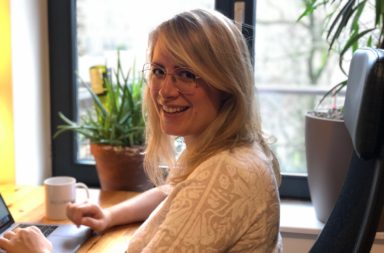