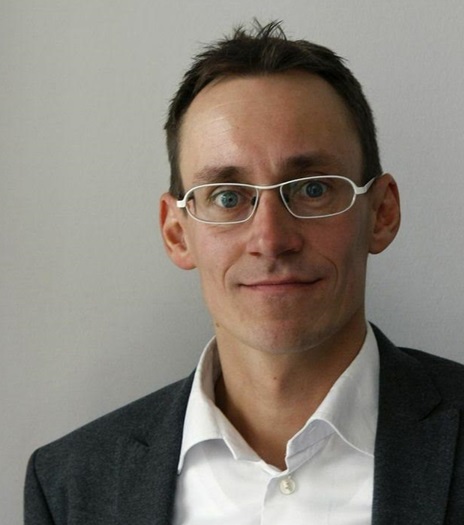 Described as “artificial intelligence for media”, Strossle is a service that helps connect content providers with the right audience. Although the startup has its headquarters in Stockholm, Malmö is the place “where the magic happens” according to Magnus Hultman, the founder and CEO at Strossle. We had a chat with Magnus where he shared his experiences with startups before Strossle and plans for the future, as well as his views on online media trends and the startup ecosystem in the region compared to Stockholm.

Can you tell us a little bit about yourself and your entrepreneurial journey?

“I studied at Lund University and got engaged with a company called Famtidsfabriken back then which was the super-startup, the Spotify of the 90s. That was my first encounter with the startup world. My first company I started in Sweden was called Instadia, a web analytics business. It was built as a service and we grew it very fast with clients such as IKEA, H&M, TELE2 and SEB, and even big media publishers like Aftonbladet. It was sold to Omniture in the United States which was later acquired by Adobe.

“After that, I had some money but not my own business idea. Instead, I found a fantastic Swedish-Persian entrepreneur who had the vision of TV going online and he created the first adserver for online video. So we were the reason people hate online media because we were the ones introducing commercials before the video clip starts in Sweden. It was called Videoplaza, and it was a very hyped startup. I stopped working there around six years ago and created Smartclip, an online video network which was mostly about sales. There we tried to convince the big media agencies to move money from their TV budgets into online video advertising. In the end it was sold to Adconion in the US.

“Already at that time I was wondering that if I could sell this much advertising, how can I increase the supply more? And that was the time when the idea of Strossle was born. This is my fourth startup that I start/co-start and execute.”

Can you explain a bit about Strossle?

“It is service that helps connect content providers with the right audienceWhat.. What we do is the result of the four major publisher trends that I have spotted.

“Based on these trends we asked: “what can we do?” So we created algorithms that can guess what you are interested in reading. Basically, when you read an article, underneath the article there are content recommendations. Here we feed it with algorithms understanding who you are, what you are reading, what you have read before, what is trending on social media and so on. The many different algorithms try to understand what is the next thing that you as an individual would like to read. That is the core of what we do, content recommendations.”

How do you acquire the data? How can you find out what I, the reader, am interested in?

“Today we work with more than 1000 different publishers such as Prisa in Spain and Stampen, Mittmedia, Bonnier and Egmont in Sweden. So we index and analyze every single piece of content that is being published in Sweden, a bit like Google, and try to decide what is the content about. So if you read, say, 20% sports, 20% culture, 30% business and so on we can do a profiling of you. Then we apply something called machine learning on top of that to understand what would be the logical next thing that you would like to read. We want to try to give you as good recommendations as possible in order for you to click.”

Do you plan to extend your business more to other international markets?

“We are a bit more than three years old today, with 46 people in the team and operations in ten countries. Three weeks ago we launched in Italy. I have a very aggressive plan, to launch in two or three more markets this year. Our next markets are Germany, where we start after the summer and then Poland before the end of the year. We already added Hungary, Czech Republic and Slovakia. Next year I plan to enter another 5-7 markets.”

Where do you see the company in 5 years?

“It will be a global company and the biggest in the world in our field which we call audience development. We understand that the most important thing is content and try to understand how a visitor engages and interacts with it. We want to give visitors a better media experience. Today other platforms are doing the same thing, Facebook, Google etc. But we focus on the publisher universe, where the content is created.”

How do you see the competition in the field of audience development?

“Whatever you create there are always Americans who do similar things, and it doesn’t matter what you do. There are good because they have tons of money and exceptionally good management. What they lack though is adaption and speed, and that’s where I believe we can beat them. We also have a stronger product orientation. American competitors are good at packaging but maybe not the product itself. So we concentrate on speed, production and stronger product offer because you can never beat an American competitor with money.”

Apart from keeping up competitors, what has been the biggest challenge throughout your career?

“God, there are so many! I walk around everyday with constant pain (laughing). My biggest challenge in general is international expansion, to take a clever idea that you have in a local area and try to do it globally. That’s where I put all my attention and that is by far the biggest challenge for me.”

insights into entrepreneurial ecosystem in Öresund region and Stockholm

Strossle has its headquarters in Stockholm with offices in the Öresund region as well, in Malmö and Copenhagen. What do the different offices focus on?

“In our headquarters in Stockholm we have sales and business development, that’s because of the ecosystem in Stockholm. In Malmö, we have more than 20 people. This is where the magic happens: engineering, the machine learning team and the algorithm development team are located here. We moved these from Stockholm to Malmö as it was super hard to get developers there. They are scarce, expensive and the competence level is not as high. So we decided to move down to Malmö to have a better-skilled workforce, more of them and with a more appropriate salary level. In this area you don’t have the big companies that suck up hundreds of people at a time. It’s very crowded in Stockholm, the competition is smaller here.”

Do you see any differences between the two startup scenes?

“Stockholm is amazing, it’s exceptional in Europe, you have so many fantastic examples of successful startups. In the Öresund region, you have several great examples, not that many in Malmö but rather in Copenhagen, but they are pretty invisible. We need to have more great startups talking about themselves in the region.”

What do you think is the reason behind the invisibility?

“It is media coverage. Even though a newspaper can have an article on their first page about Spotify, I cannot see that happening about, say, Trustpilot, a startup from Copenhagen. It’s partly because of the mentality, we see it as either Danish or Swedish, it is not a regional thing at all. There are amazing entrepreneurs in this area  but they are not so visible.”